Following excellent regional news coverage of the Seal Alliance’s ‘Do not disturb’ report and campaign, here’s what happened yesterday!

An early morning survey ended with a major disturbance incident in which 50% of the seals hauled on offshore rocks stampeded into the sea.

Despite my familiarity with drones, even I was caught unawares as the drone flew over me heading offshore and it took me several seconds to work out what on earth the high pitched ‘whizzing’ sound was just 10m above my head, so even I had a surge of adrenalin.

For the seals, much less familiar with a drone, their immediate response was (ironically) ‘flight’ and half of all the hauled seals stampeded over the rocks into the sea. 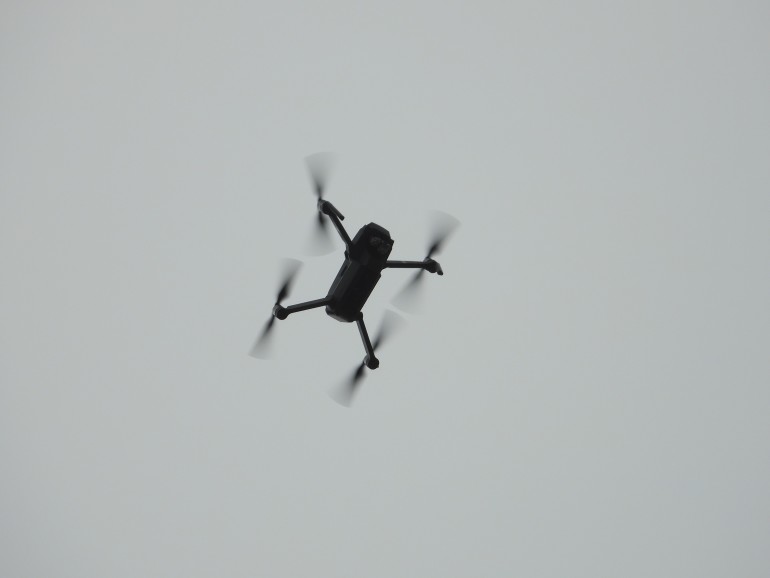 Low flying drone over my head 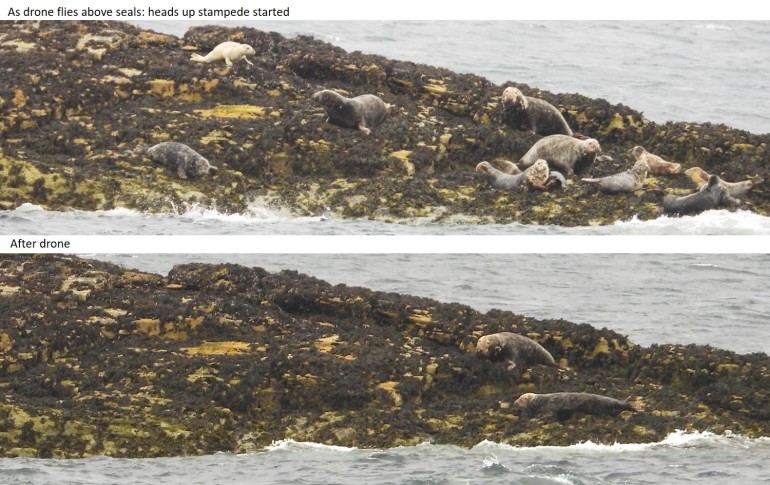 Most of the seals that were scared into the sea were in the big group on the eastern side of the ledges. Only two big old brave boys were left looking a bit bemused! The seals did not return to the ledges, so their behaviour for the day had been changed and their rest seriously curtailed.

So, if you have a drone, please avoid sensitive wildlife and their favourite sites. If you have to film seals, then please watch the seals’ reactions and if one looks up, please back off and fly much higher up.

Otherwise, you risk seriously disrupting their energy budgets for that day, even worse an injury or maybe even a fatality a few months down the line. At this time of year, heavily pregnant females are resting in between serious feeding sessions, adding critical fat with which they will feed their pups later in the year. If the mums don’t put on lots of weight, their pups don’t get fed enough to have sufficient fat reserves to tide them over from weaning to the time they have learned what to eat and how to catch it, before becoming efficient feeders. If this happens, the pups effectively starve several months down the line…and all because of disturbance during the summer months.

Key reasons why the drone caused so much disturbance was that the light breeze was offshore (carrying the drone sound to the seals before it even got over the rocks) and the relatively calm sea was quiet (providing no ambient sound to mask the hum of the drone).

So, here are our ‘Watch seals well’ guides. They highlight things to think about if you see a seal. Your main aim is to leave seals as and where you found them! THANK YOU! 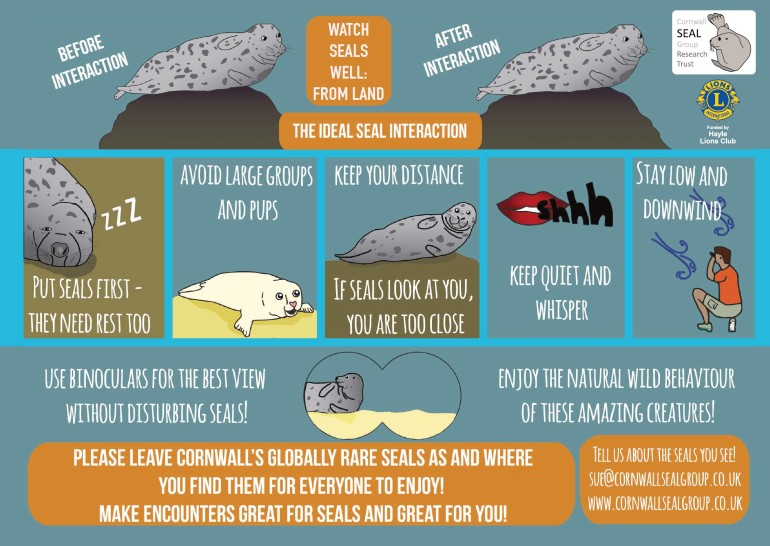 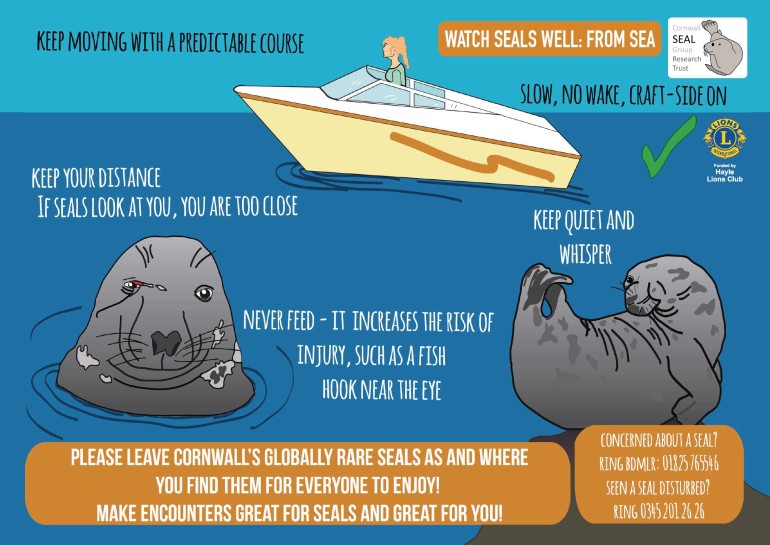 Huge thanks to Haley Dolton for designing our ‘Watch seals well’ guides and to Hayle Lions for funding us to print them. So if you can help us spread the word and would like copies to give away, please email [email protected]