Giving seals a voice is what we do! So, when the opportunity to share their stories with 5 million TV viewers comes along we jump at the chance. Even so, the responsibility to get the tone and messaging just right for maximum benefit to seals weighs heavily on our shoulders.
Becky attended one of our DEFRA Green Recovery Challenge Fund (GRCF) St Ives Bay Stakeholder Group meetings. Turns out Becky is also a Countryfile researcher and Cornish resident. She first contacted Sue (Seal Research Trust Director) back in September about a possible story for a programme based in Newlyn. The team hoped to raise awareness about the issue of wildlife disturbance during a COVID related ‘staycation’ summer. 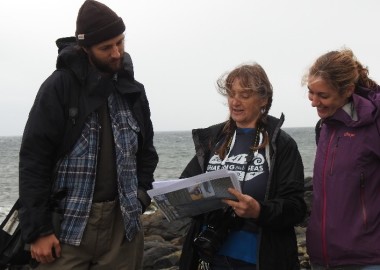 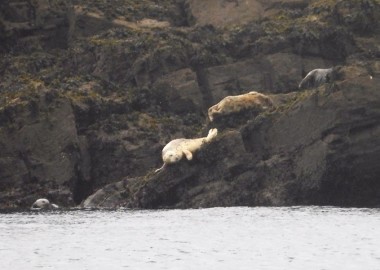 Initially, we sent our usual ‘Guidelines for filming seals’ and ‘Public photo policy’, Seal Alliance resources along with our 2019 reports on seals and human activity. We explained that as a result of our GRCF, we had been able to repeat these surveys between June and August 2021. A plan was hatched to meet Becky and her Producer and Director Simon. They made a pre visit to assess whether it was possible to film a good segment for Countryfile without giving away the name / location of this sensitive seal site. The answer was yes!
In early October, facilitated by Gurjinder, we reconvened at a secret location to film where presenter Ellie joined us on a routine survey. We wanted to reinforce the key messaging we have worked so hard with the Seal Alliance do develop about how to Watch Seals Well. This included:
• Understanding that seals will smell you first, hear you second and see you last
• Avoiding rocks and beaches that seals need to use, staying on paths and keeping dogs on leads
• Being more than 100m away on land, sea and from the air
• Moving slowly without stopping (predators do this), constant sound levels and talking in whispers 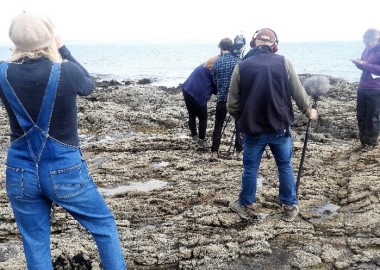 The film crew in action 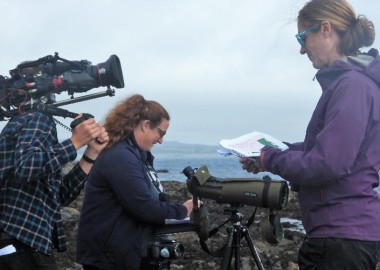 We thought you might like to see some behind the scenes photos of the film crew at work. Osian was the cameraman supporting Simon to collect seal footage and using the drone to film us filming, whilst Gary had the responsibility of recording sound. 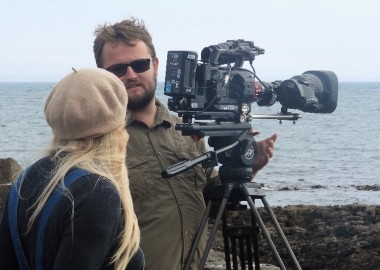 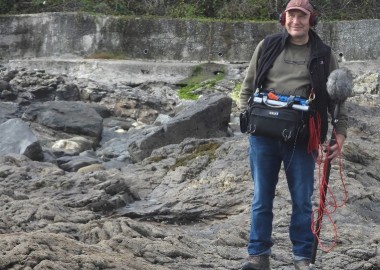 Ellie was familiar with the issues of wildlife disturbance and interested to learn more about its impacts on seals. She even took our understanding of the issue forward by saying ‘in the wild every calorie counts and can make the difference between life and death’. This is a great line to add to ‘disturbance is always a waste of energy, often results in injury and can be fatal’. 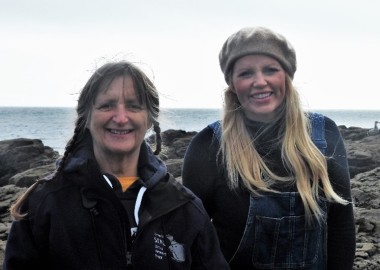 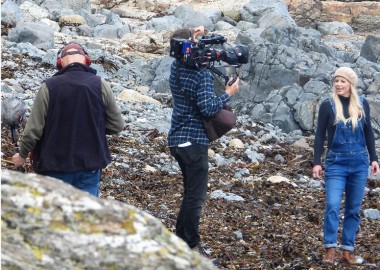 Crew filming the introduction for the segment

Editing took place soon after filming and a few fact checking emails later and the segment was ready to go on air. It was great to see our input alongside coverage of Hannah and Duncan from Marine Discovery outlining best ‘at sea’ practice and Jen from the RSPB sharing the good news story of how raising awareness can help a species….the Cornish chough.
To see for yourself, click here to watch the Countryfile episode (seals feature at 36 minutes)
For access to our Seal Research Trust key resources on disturbance, follow this link (click here)
Thank you to everyone at Countryfile for continuing to make great programmes all year round highlighting rural and wildlife issues. We hugely appreciate the time and effort the team put into our segment, specifically to best aid our conservation efforts with seals through disturbance mitigation.
We are also hugely grateful to the DEFRA Green Recovery Challenge Fund administered by the National Lottery Heritage Fund for making it possible for us to repeat our 2019 Human Activity and Seal Interactions surveys in 2021 and to trial community generated and supported solutions.