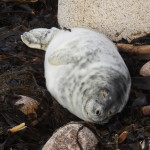 Find out more about the globally rare seals that you see around the South West coastline. 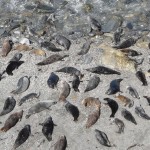 Seal Group has been carrying out pioneering research since 2000. Find out what we do. 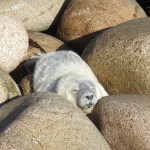 Ways You Can Help

With your help we can make our seas a safer place for seals, other marine life and ourselves! 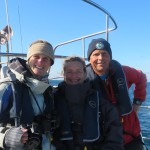 Cornwall Seal Group Research Trust is a multi-award winning, evidence-based marine conservation charity. What we do really works. We support a large network of active citizen scientists across SW communities, who routinely survey seals on their local patch. This gives seals a voice and enables us to protect them and their ocean home.
Seals face many ocean challenges, yet we all depend on them to balance our marine ecosystem. This is essential to make the oxygen we breathe. Seals are our globally rare wildlife tourist attraction, helping diversify coastal economic prosperity.
Please send us your seal sightings (even just one seal in the sea or on land) with a date and location. Photos are a bonus. They help us confirm its species, whether it’s male or female and perhaps even reveal its name and life history! Please email [email protected] with your records.

Each seal has a unique fur pattern that enables it to be photo identified throughout its life. Learn the pattern and you can recognise the seal! CSGRT hold identification catalogues for numerous sites from Somerset round to Hampshire.
Meet four of our seals:

Some key learning outcomes from this work have shown that most of the seals seen at sites in Cornwall just appear to be moving through – stopping off to rest on their way to somewhere else. A small proportion of seals seen at a site may remain there for several months, using the site as their base from which to forage. Very few seals (if any) spend all year in one place. Each seal seems to take a unique pathway and seals seen in Cornwall have also been identified in north and south Devon, Dorset, Somerset, the Isle of Man, Wales, France, Ireland, Belgium and Holland! 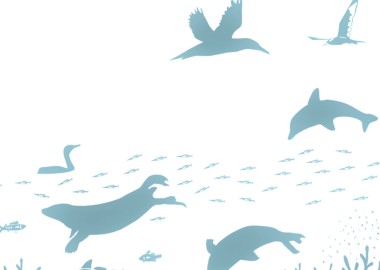 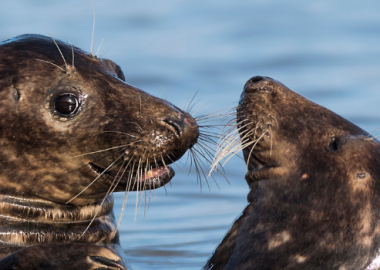 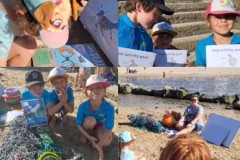 A future for us all

At the Seal Research Trust (SRT), we work hard to ensure that our next generations have a future.
The Planet doesn’t need a Plan B…We do!
The planet is a lump of rock that will survive until something collides with it and then it will likely only shatter into smaller pieces. Humans on the other… 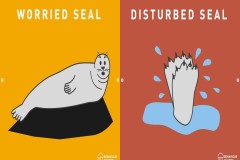 We are lucky and privileged to live and work in a country with a beautiful coastline. We want everyone to share amazing marine experiences to spread public appreciation of our coastal wildlife. At the same time, we want all our cumulative activity to have NO negative impact on our fragile coastal habitats and species, particularly… 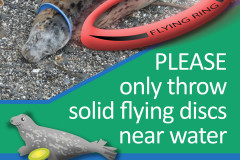 Curiosity can kill. Seals learn through play and explore things they find in the sea. They swim over, under, round and sometimes through these objects of interest. With unbreakable plastic, this can be life threatening.
In one week earlier in 2022, Cornwall Seal Group Research Trust (CSGRT) volunteers Andrea and Vanessa collected 6 flying rings… 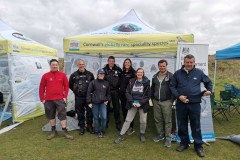 Operation Seabird SW launched on 14/04/22 #OpSeabirdSW
Operation Seabird is a national initiative that aims to engage with the public, businesses, and community-based organisations to raise awareness about the sensitivities of our coastline and showing how simple changes can reduce pressure on our unique marine life and fragile habitats.
Operation Seabird SW is a partnership…