During a ferry trip returning from a conference in France, a chance conversation between Sue Sayer of CSGRT and Dr Matthew Witt from the University of Exeter’s Penryn campus highlighted that Matt had got a top quality set of photos of potentially most of the inshore bottlenose dolphin (BND) pod when they visited the Fal in March 2011. With the rest of the ferry journey ahead, they set about creating a Cornwall BND photo ID catalogue using the methods gained from our experience of working with seal photos.

With a fledgling catalogue, CSGRT encouraged their routine recorders to submit photos of any BND encounters they had. Since then, over 90 sets of historical and current photos have been submitted by 26 volunteers, three CSGRT photo ID projects and four boat operators covering 2010 to the present day. A total of 179 identifications of up to 59 different BNDs (inshore and offshore) have been entered into the catalogue with sixteen of the Cornwall BNDs having been re-identified revealing some fascinating insights into their mobility around our coast.

The resident inshore BND pod in Cornwall has a few easily identifiable individuals, including Niblet, Scratchy, White Stripe and the iconic Topless! Since 2011 CSGRT have tracked Topless making at least two return journeys from Falmouth to the Camel Estuary (his quickest transit taking less than four days in July 2014). He has commuted between Falmouth and St Ives Bay on at least another three return journeys. But most exciting of all was when Topless was photographed with his fellow BND Scratchy near Brixham by Chris Clarke from the Greenway Ferry Company in June 2014. 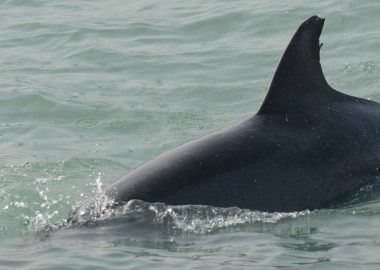 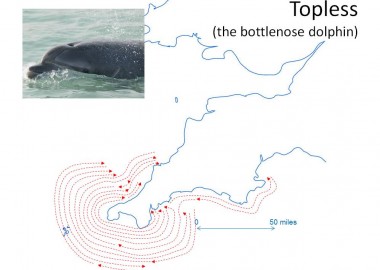 All this data has been shared with other interested parties such as the Cornwall Wildlife Trust and the Cardigan Bay Marine Wildlife Centre. Most recently CSGRT provided sightings of a particularly distinctive solitary BND called Clet to Niki Clear, the data officer for the Environmental Record Centre for Cornwall and the Isles of Scilly, who was collating his identification records. The resulting story of Clet’s incredible movements and interactions with humans has been published online for us all to enjoy…beginning in France, visiting Devon and Cornwall, heading north to Wales and back before travelling around the West Coast of Ireland to Scotland and returning to Cornwall via the Irish Sea and the Isle of Man. 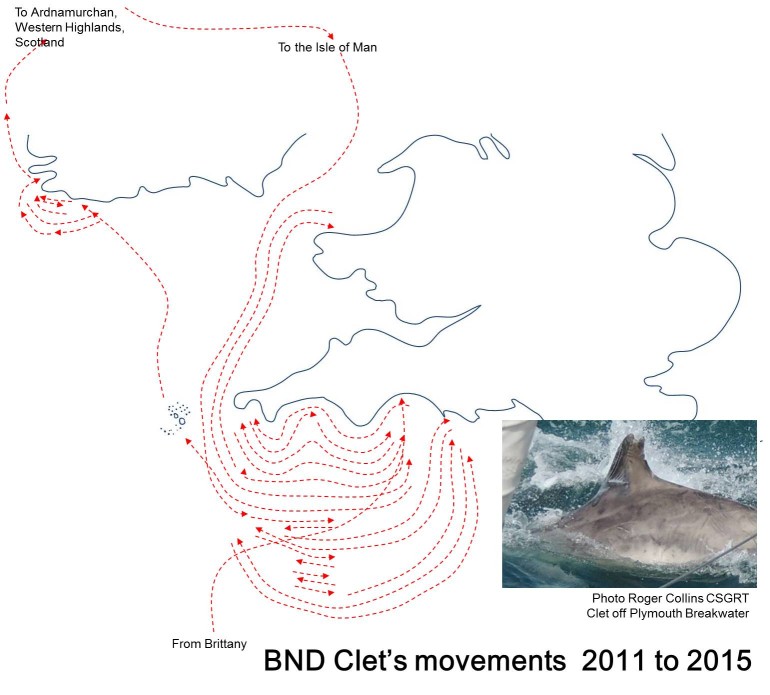 A summary of Clet’s movements (above) with detailed sightings information collated by ERCCIS (below). Click on list, map or media tabs at the top to see photos and more information about each sighting. Scroll through each sighting using the arrows below the image.

Special thanks to all the contributors to CSGRT’s photo identification work who (along with everyone else) have helped add jigsaw pieces to what we know about these amazing creatures informing all our conservation efforts.