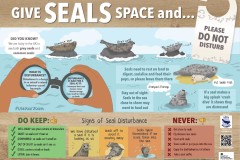 This Easter, the public are being urged to ‘GIVE SEALS SPACE’
• Campaign launched by Seal Alliance and government to help protect seals from human disturbance ahead of Easter Weekend
• Just 25% of young seals survive to the age of 2 and interactions with the public can lead to mother and pup fatalities
•… 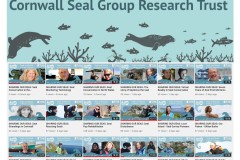 If you haven’t already heard, it’s our 20th Birthday!
CSGRT have been monitoring, identifying and protecting grey seals around the SW since 2000. Incredibly some of the seals we first met in 2000 have been seen again in 2020!
To celebrate, we arranged our first ever seal conservation conference! We went virtual because of COVID-19… 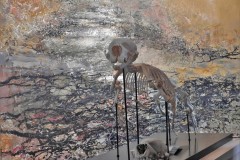 Seals are part of Cornwall’s heritage having been around for around 8000 years! Art is a key component of Cornwall’s cultural heritage too.
On Friday 21st February these two worlds aligned as Septimus and Augusta (CSGRT’s 2.4m adult male and .92m 3 day old pup skeletons) visited the Jackson Foundation Gallery in St Just in… 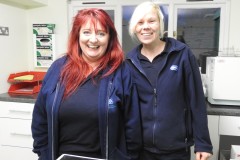 The second week of February was quite busy with talks! After two evening ones for different WI groups (Germoe District and Mylor) we had the pleasure of travelling up to the RSPCA Wildlife Hospital at West Hatch to deliver an afternoon talk to the team there. Arminel (Scott) did a fantastic job of organising this… 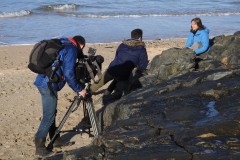 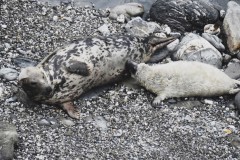 Ghost was one of the first ever seal mums that I identified back in 2003. In 2016 she remains a very special seal mum who is a Cornish record breaker! We are trying to establish if she is perhaps  even a world record breaker!
I first saw S112 Ghost on a magical Bonfire Night in… 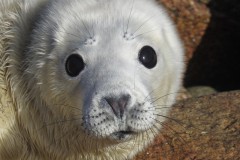 Grey seal pups are an amazing wildlife spectacle around the UK coastline at this time of year…as little baggy bundles and then big barrels of white fluffy fur with huge appealing eyes.
But they need our help. They are only fed milk by their mothers for three critical weeks that determine their survival prospects. Born at… 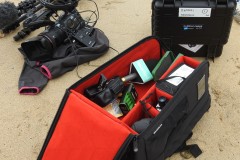 The sad story of few day old pup ‘Snoozy’ at Portheras Cove (erroneously and repeatedly put back in the sea by those wishing to help it) captured peoples’ imagination. Despite the very best efforts of Friends of Portheras Cove, Snoozy disappeared after a few days leaving us all fearing the worst :O(
Determined that Snoozy’s story… 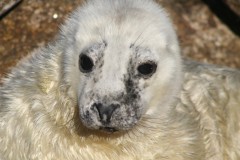 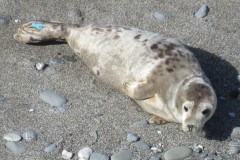 The first pup (Uno) to be rescued during the 2015/16 season turned out to be number two (dos) in the 2016 rehabilitated seal resightings list!
Seen today on the West Cornwall haul out from which she had been rescued, Uno looked fit and well.

Ironically Kerplunk, the second seal to be rescued during the 2015/16 season… 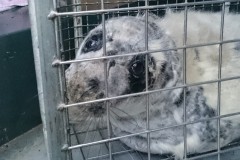 On Wednesday the 3rd of November I got a call from BDMLR who in turn had been contacted by Sue from Cornwall Seal Group (CSG) as CSG volunteers, Alec, Enid and Terry, on the Lizard were concerned about a little pup on one of the coves on the west side of the peninsular…. 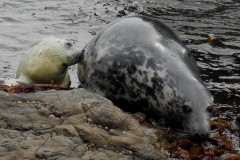 Six years ago on 21/10/09 I got a call from British Divers Marine Life Rescue’s (BDMLR) Cornwall co-ordinator and charity director Dave Jarvis telling me there was a pup in trouble in the sea at Gwithian. It seems such a long time ago and yet I remember it like yesterday as it was rather an…