Cornwall is facing a seal pup rescue crisis. Partners CSGRT, British Divers Marine Life Rescue (BDMLR), the Cornish Seal Sanctuary (CSS) and RSPCA West Hatch Wildlife Hospital are hearing about unprecedented numbers of underweight seal pups around the coast in need of rescue by BDMLR. With no spare capacity at CSS and RSPCA West Hatch, BDMLR have been forced to find creative solutions to the crisis. Efficient triage means the most needy pups get life saving rehab places whilst self feeding, healthy but underweight pups can be accommodated in holding facilities run by an amazing team of BDMLR Vets and Marine Mammal Medic volunteers. 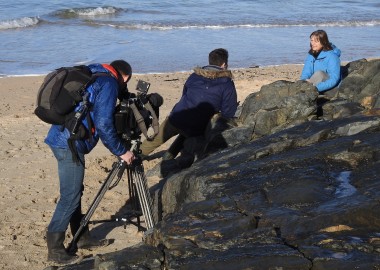 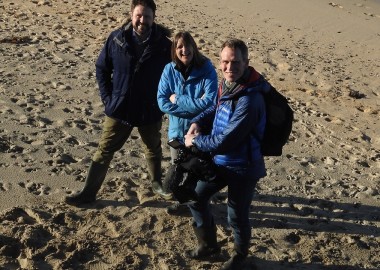 So with global warming sending us ever more frequent and extreme weather events, now is the time for generating some overdue and creative emergency plans involving all partners. In the coming months CSGRT will work with BDMLR, CSS and the RSPCA to ensure we can cope with whatever the weather throws at our globally rare seal pups.

Of course we at CSGRT cannot resist a quick beach clean, so we found and removed a rather heavy and smelly lost lobster pot which we took home with us! 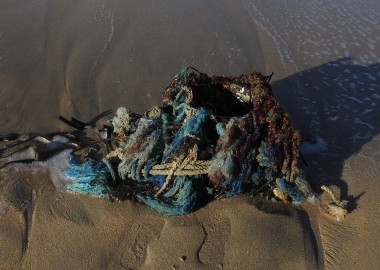 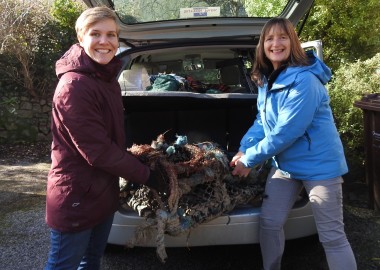 So how did we get here?

In Cornwall the seal pupping season is usually August to December with the peak months in October and November, but in the last two years the pupping season appears to have become a lot shorter and more intense with most pups being born in late Sep and Oct and only a small number born after this.

Grey seal adult females over the age of around 6 years old can have pups. A seal mum gives birth and feeds her pup for three short weeks before mating and leaving her pup to refuel (having fasted whilst nursing).

Seal mums feed their pups on milk with a very high fat content (fattier than cow’s milk). They must protect their pups from storms and teach their pups about the sea – taking them swimming in the shallow coast off their pupping beach. During the three week nursing period seal pups grow from 10kg to an incredible 40kg and healthy well fed pups look like a very fat barrel.

After weaning at three weeks the pup begins an exploratory phase driven by hunger. It will initially ‘rockpool’ trying to find food and eventually it will leave its birthing beach and head for the sea. This is called the ‘post weaning dispersal phase’. Seal pups then explore the open ocean, making a mental map as they go. Satellite tracking of a seal pup in the SW of the UK showed that some pups will travel over 1000km in their first 8 weeks.

During this time seal pups are using their vital fat reserves and must teach themselves to feed.

They must do this by a process of:

Pups that are underweight are destined to starve as they do not have enough fat reserves to carry them through the time it takes them to learn to feed and become efficient at it. It can take a seal pup up to six weeks to die depending on the pup’s weight and condition when it is separated from its mother.

What to do if you find a seal pup whilst you are out and about on the coast:

To donate to support this and all our seal conservation efforts across the southwest and beyond, please email [email protected]