This year, the public are being urged to ‘GIVE SEALS SPACE’
• Campaign launched by Seal Alliance and government to help protect seals from human disturbance
• Just 25% of young seals survive to the age of 2 and interactions with the public can lead to mother and pup fatalities
• UK is home to more than a third of the entire world’s population of grey seals and 30% of European common seals which are facing rapid decline 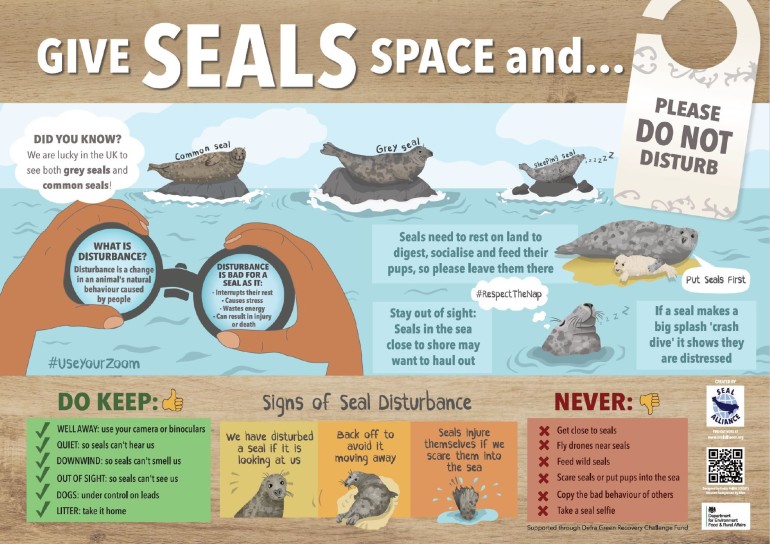 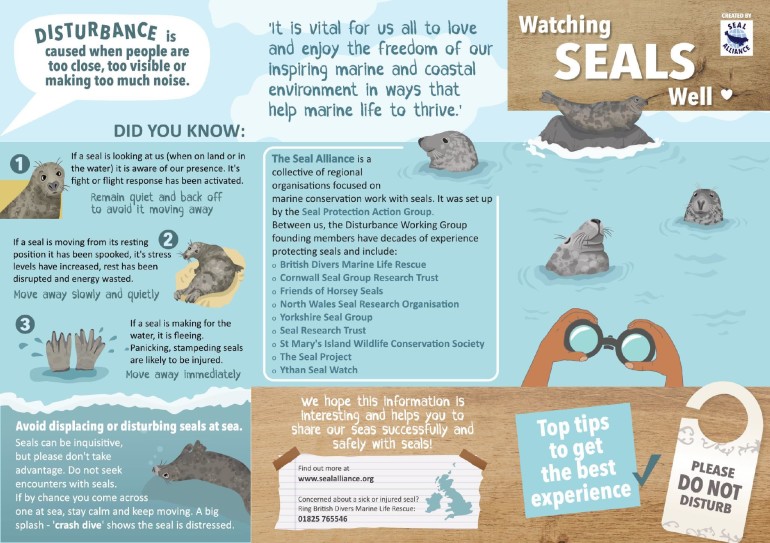 The Seal Alliance has launched a new ‘Give Seals Space’ campaign including downloadable signs and leaflets, to reduce the shocking impact that human disturbance can have on these vulnerable marine mammals. These informative resources have been distributed to seal sites across the UK. As the public go out for walks around the coast, take part in water activities or fly drones, the Seal Alliance warns that getting too close to seals can lead to their injury and death, even up to several months later.

The UK is home to 38% of the entire world’s population of grey seals and 30% of the European subspecies of common seals. These precious mammals face an extensive list of threats including climate change, toxic pollution, over fishing, entanglement, collisions with vessels, plastics and other marine debris. Of these threats, disturbance from human interaction is a significant and growing problem.

Seals are vulnerable to any kind of human interactions, either deliberate or unintentional. The ‘Give Seals Space’ resources, backed by a share of Defra’s £40m Green Recovery Challenge Fund, will raise awareness of the simple steps the public can take to protect these precious creatures. They feature 4 easy to remember steps:

• Keep well away from seals (use a camera zoom or binoculars) so that they can’t smell, hear or see you
• Keep dogs on a lead when in an area where seals might be present
• Never feed seals
• Leave nothing behind

Young seals are most affected by disturbance, and only 25% are likely to survive to the age of 18 months in a bad year. If people are getting too close, being noisy or startle the vulnerable animals, it wastes their energy meaning the young pups struggle to haul out to rest and digest their food.

Female seals disturbed during the summer are heavily pregnant or pupping, so getting too close from land or sea can prove fatal to both mother and pup. The impact on seals can be invisible but this disturbance results in mothers not being able to build sufficient fat reserves so they cannot feed new-born pups adequately to build up enough blubber to survive.

The campaign is a timely reminder as the public go out as lockdown measures gradually ease across the UK. The Seal Alliance is urging the public to exhibit special caution, as seals have ventured further inshore on beaches and coastlines that have become quieter during lockdown.

Environment Secretary George Eustice, said: “Seals are one of our most iconic marine mammals. They can be found along our coastline around the UK, and we must do all that we can to protect them. Disturbance by members of the public can be detrimental to seals, but this is entirely preventable. I would urge everyone to follow the guidance, give seals the space that they need and respect this vulnerable marine species. This campaign will raise vital awareness ahead of the bank holiday weekend and help protect some of our most treasured marine wildlife.” 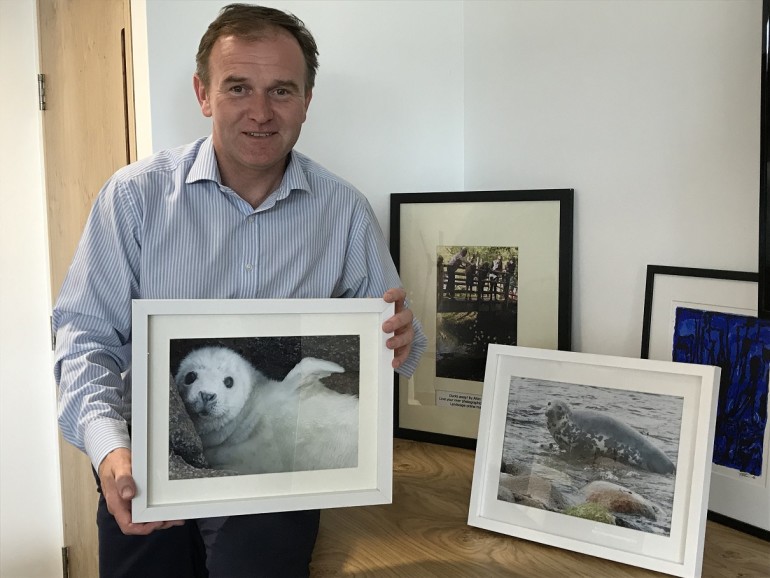 Andy Ottaway of the Seal Protection Action Group said “Our precious coastal wildlife is coming under increasing human pressure. We need to be aware of the harm we can cause by getting too close to our seals and the often tragic consequences when we do”.

Sue Sayer of the Seal Research Trust said, “I have witnessed bleeding, grazed flippers, ripped out claws and gashed bellies that leave blood trails across the rocks after a stampede. Seals need our help so please keep yourself downwind and your dog on a lead. If a seal is looking at you, it has been disturbed, so please move further away. Use your camera and binoculars, stay quiet and out of sight. If we follow these simple rules we can enjoy watching seals for longer and without harm. A win–win for both people and seals”. 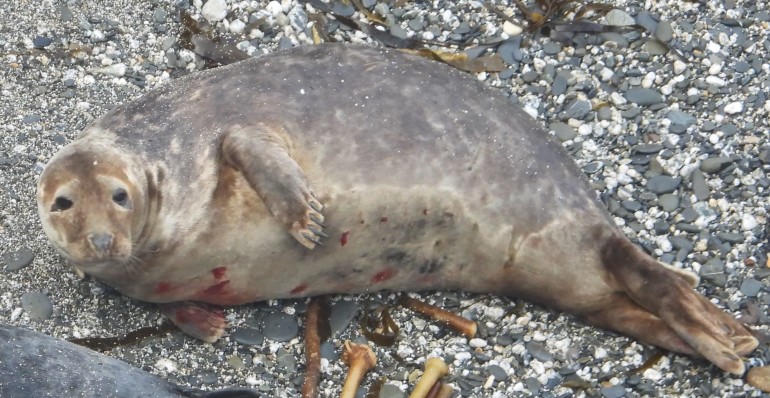 With the launch of downloadable informational guidance on the sign and leaflet, Defra and the Seal Alliance hope to reduce disturbance and help protect seal populations whilst still encouraging visitors to observe their natural beauty – from a distance. It has been funded by Defra’s £40m Green Recovery Challenge Fund awarded to environmental charities and their partners across England to create and retain jobs while restoring nature and tackling climate change.

The Seal Alliance has used funding to produce downloadable leaflets and signage, for the public and wildlife tour operators, with guidance on how to ‘Watch Seals Well’ so not to disturb them. The funding has also allowed the Alliance to employ a ‘digital ranger’ to help promote messages across social media platforms.

Media pack and further information on the campaign – key messages and resources can be found here https://www.sealalliance.org/downloads

Huge thanks for the generous grant from DEFRA via the National Lottery Heritage Fund called the Green Recovery Challenge Fund.  This funding is supporting CSGRT’s work with the Seal Alliance.