One of the highlights in the SW marine conservation calendar year is the SW Marine Ecosystem Conference held at the Plymouth Marine Laboratory.

This event aims to promote networking across relevant organisations, summarise the previous year’s marine events and explore emerging research to inform the management of our precious SW marine ecosystems.

Organised by Bob Earll, this year’s conference proved a huge success with a variety of speakers on wide ranging topics with oversubscribed attendance. 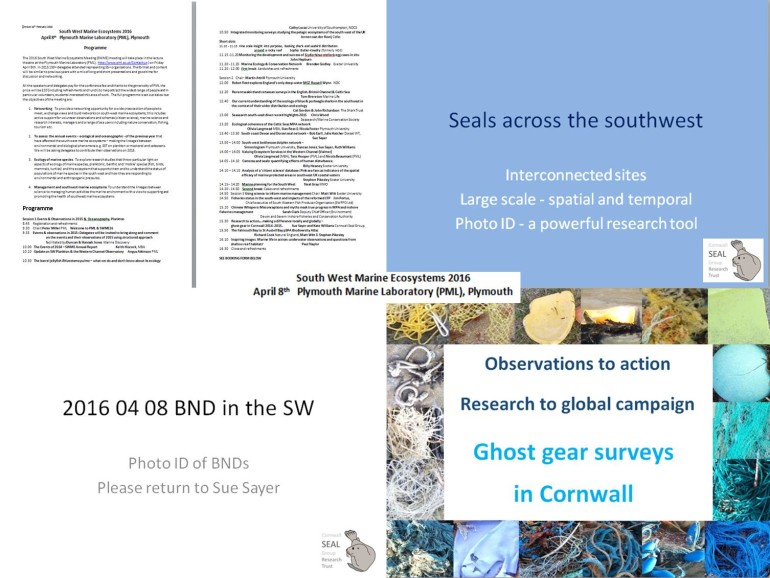 The talks described CSGRT’s support to extend seal photo ID into south Devon and Dorset and the successes already achieved; CSGRT’s BND photo ID catalogue originally developed with Dr Matthew Witt and Dr Lucy Hawkes from the University of Exeter’s Penryn Campus, as well as summarising the results of our year of ghost gear research across Cornwall and Devon.

CSGRT featured in numerous tweets of the event! These photos (below) were taken by Dr Lucy Hawkes during the event! 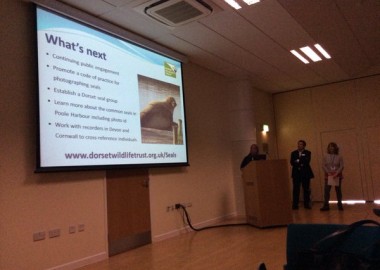 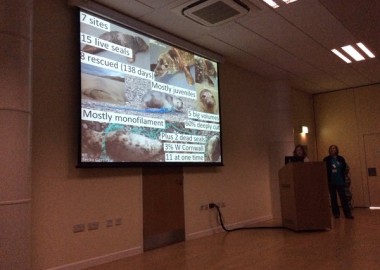 CSGRT would like to thank all our amazing volunteers who contributed to the research findings we presented!