Our 22nd systematic boat survey from St Agnes to Trevose (STAPIP) was heavily oversubscribed yesterday! With light winds, calm seas and sunny spells forecast we were all set to have a great day.

As usual we recorded everything….marine life and human activity (outside of built up areas) and all our surveyors were kept rather busy.

Soon after leaving Newquay harbour we were treated to a succession of incoming pods of common dolphin and we got amazing views of at least two tiny calves still displaying foetal folds. 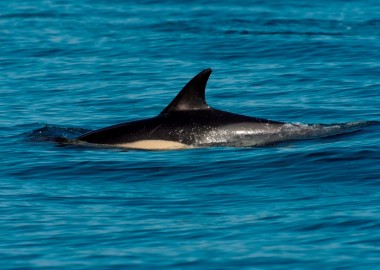 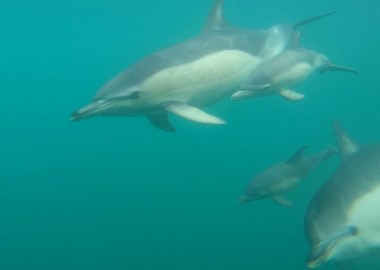 Further up the coast towards Trevose we had a wonderful encounter with a very curious sunfish who eyeballed us and approached the boat for a closer look before diving as a jet ski whizzed past 30m away. We past two large rafts of floating ghost gear which we removed and is now in my garden waiting to be turned into a sculpture! 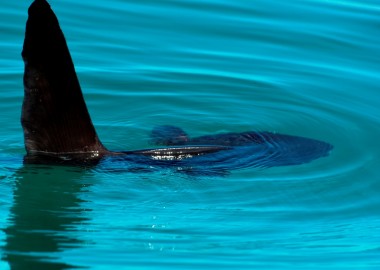 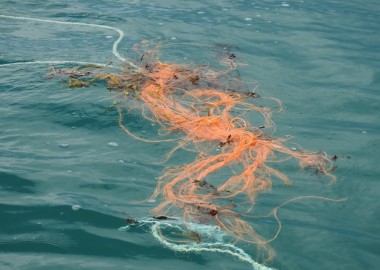 Finally we got to see our first seal – an adult female hauled on offshore islands looking chilled and relaxed. We then motored straight down towards Pentire to catch the other key haul out around low tide where we were greeted by a well known adult female – Lywans. Likely to be almost 20 years old, Lywans has survived despite having been entangled in ghost gear herself at some point prior to our first identification of her in 2000 – almost 16 year ago. She is a regular commuter along the north coast. 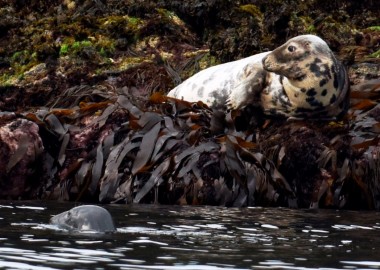 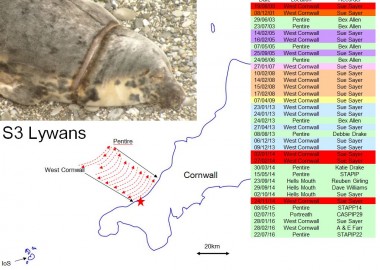 So spectacular earlier in the year, our seabirds have mostly left their nesting ledges, but we had wonderful sightings of shearwaters, fulmars and gannets. 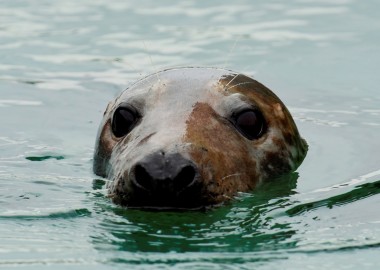 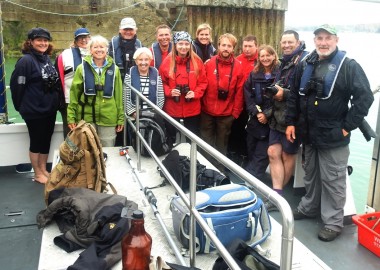 The spring tides meant we had to wait to return to the quayside which allowed us all to get incredibly close views of Dr Who and Radley. Radley is the latest addition to the harbour summer residents. Sadly both looked highly charged, stressing with the arrival of each new boat in the hope of getting fed :O( Both seals show evidence of previous interaction with ghost gear or boats and we were gutted to see new scars on Radley’s back, especially as she looked pregnant. Please practise tough love with all seals in harbours and resist their begging to be fed!

A big thank you to all our participants who volunteered for this survey and Patagonia who enabled it to happen by paying for the boat. For the first time we welcomed members of the National Trust team from West Cornwall. As you can see we all had BIG smiles on our faces!

Aim to join us on out next marine life and human activity surveys in October on the 4th, 17th and 18th and email [email protected] to get on the email invite lists.