Cornwall Seal Group Research Trust (CSGRT) have spent the morning with their partners Fathoms Free at their official boat launch in Penzance conducting multiple interviews on the issue of lost fishing gear. 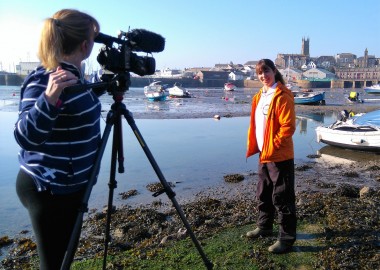 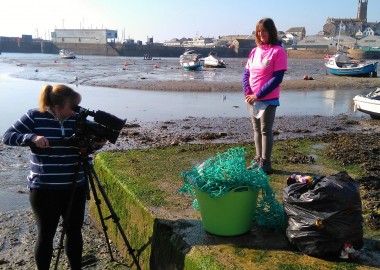 CSGRT have been conducting research into lost fishing gear since 2014 when World Animal Protection funded boat surveys along the north Cornish coast supplemented by CSGRT local volunteer land based surveys. Entanglement is a major issue for grey seals in Cornwall with over 260 different individuals being photographed since 2000. In the last month alone, 43 sightings of entangled seals were recorded by CSGRT and British Divers Marine Life Rescue (BDMLR) have been on alert trying to conduct rescues – the most successful by Dan Jarvis in Penzance on 13th March. 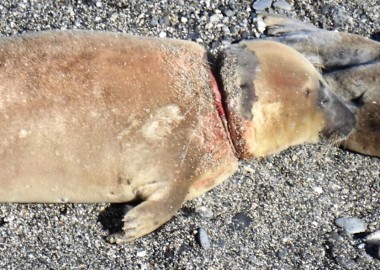 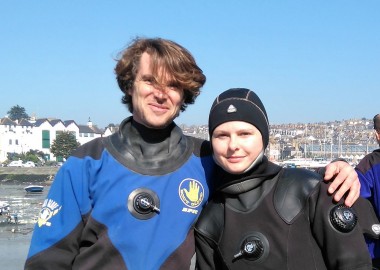 In 2014/15, CSGRT volunteers recorded 50 tonnes of lost fishing gear around the entire Cornish coast removing 15 tonnes in the process, mostly rope, trawl and monofilament net as well as potting gear.

52+ individual creatures were witnessed as being entangled in ghost gear from pink sea fans to 15 live seals, of which eight were successfully rescued by BDMLR. 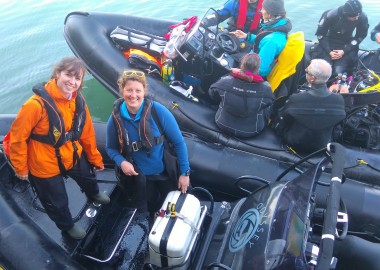 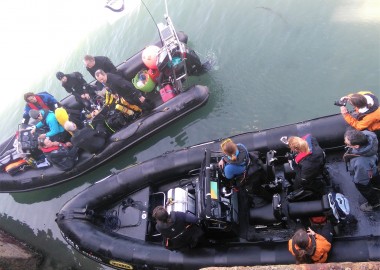 Obviously fisherman never want to lose gear and we ask them to put all end of life gear into quayside recycling and ‘fishing for litter’ schemes and to participate in reuse programmes, as well as beach cleans, to see first hand the extent of the problem.

CSGRT and Fathoms Free are two well respected marine related organisations in Cornwall making a formidable partnership to scientifically record, remove, reuse and recycle the plastic in ghost gear to make ocean kayaks completing a circular economy for end of life gear. Both organisations have been inspired by companies like Fourth Element who pioneered an ‘Ocean Positive’ swimwear range made out of recycled fishing gear. Fourth Element were on hand today to provide boat safety support from Fathoms Free’s dive to remove more lost fishing gear caught underwater in Mount Bay. Together we are taking action, building evidence, creating solutions and raising awareness of this critical issue, as recognised by becoming the first project in the world to be approved by the Global Ghost Gear Initiative for funding!

To find out more about our lost fishing gear research and download our first year survey report follow this link https://www.cornwallsealgroup.co.uk/2016/08/ghost-gear-report/

To support our important work – email photos of any lost fishing gear you see around the Cornish and Devon coasts to [email protected] and ask about how to donate towards or sponsor our long term marine life and human activity boat surveys.