At the beginning of October 2017, Marion attended the ‘Community Science in the Natural World’ conference organised in Plymouth by the National Marine Aquarium and the Community Seagrass Initiative. Having learned about some really exciting new engagement tools she came back raring to use them. This was especially true for ‘slido’ (https://www.sli.do/) a tool for audience participation which she thought would be great for some of our talks about photo ID.

She finally got a chance to trial it during a talk we were delivering for Lucy Hawkes at the University of Exeter’s Penryn campus. With nearly 50 students in the room it was a great success. After asking simple multiple choice questions about seal species and age/sex of individuals, the attendees faced a tough one when asked how many seals were hauled out in a picture. 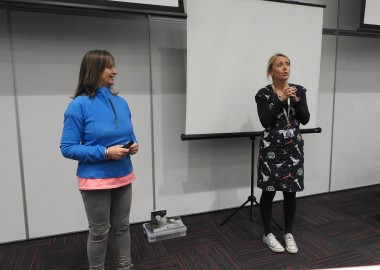 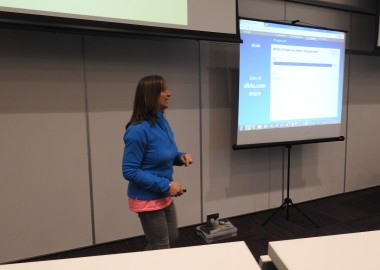 The audience had a choice of four answers. Whilst an impressive 22% of people got the right answer 70% underestimated the number of seals they were looking at. This has been a very common response amongst everyone we have engaged with over the years and it was extremely interesting to see that this exercise confirmed the trend. The students’ photo ID skills were then tested when asked which of seal 1, 2 or 3 was the same as seal A then B. Everyone did brilliantly, 90% of the audience matched the right seals!

We then all had a bit of fun! Sue showed a picture of a seal on the screen and we let everyone’s imagination go wild, asking the question “What can you see in this seal’s fur pattern?”. Take a look at the picture below and have a go yourself! Can you see what the students saw in the fur pattern? 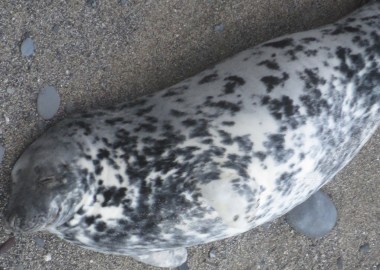 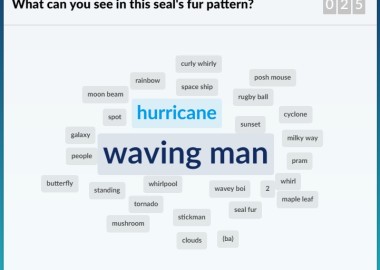 We would like to thanks Lucy Hawkes and her group for being our guinea pigs. We hope you had as great a time as we did!!