2018 will see the 10th anniversary of our systematic surveys that are done on Looe island! This was the very first team marine group survey that CSGRT undertook, making it a pioneer project for us thanks to generous funding from Postcode Local Trust supported by the People’s Postcode Lottery.

The project entirely led and run by local volunteers started thanks to ‘Nelson’ the one eyed seal. Having spent a lot of his life in the harbour in Looe, Nelson was immortalised as a bronze statue on Pennyland rocks, in a project conceptualised, designed and led by Suzie Marsh. Sue was invited to the unveiling of Nelson’s statue where she met Abby Crosby from the Cornwall Wildlife Trust for the very first time. Abby soon introduced Sue to Claire Lewis – assistant warden for Looe island – and inspirational members of fledgling Looe Marine Conservation Group (LMCG). 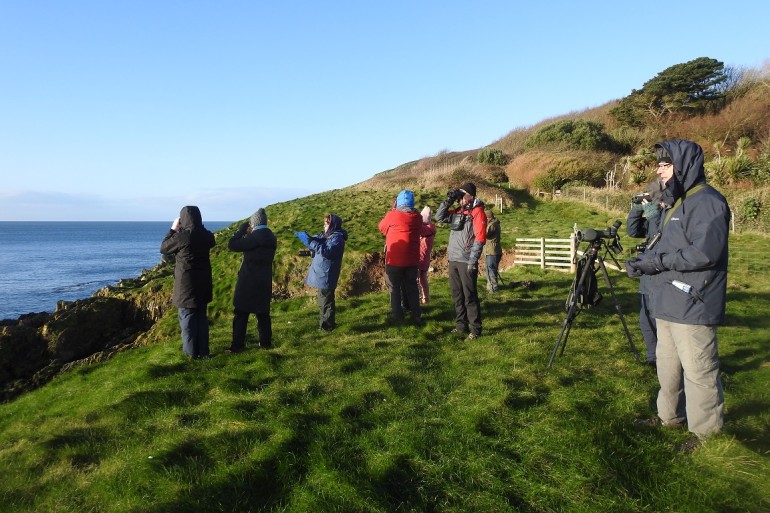 In December 2008 a trial survey was carried out and a protocol put in place for future bird and seal surveys around the island; and in January 2009, the first monthly LIPSPIP (Looe Island Seal Photo ID Project) survey took place. Surveys have happened monthly ever since – sea and weather conditions permitting – an incredible 86 in total! Research findings from these have revealed new insights into grey seal ecology and behaviour. They are summarised in monthly survey reports written by LMCG volunteers in conjunction with CSGRT. A research poster about this work was presented at the European Cetacean Society Conference back in 2011.

LMCG continue to play a pioneering role with CSGRT. In March this year, a hub for photo ID was formalised. Sue and Marion led a training day taking a fabulous volunteer team through the various aspects of our seal research (album creation, ID confirmation and data collation). 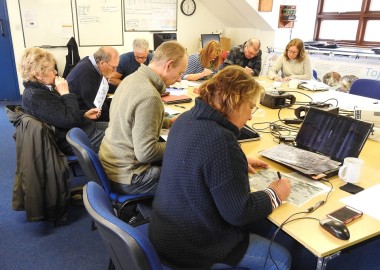 The training was very well received with all participants learning new skills and progressing very quickly. We were extremely impressed (but not at all surprised) with how efficiently everyone worked together to process the photos, creating albums for ID confirmation. One of the team has also volunteered to take on the role of digitising data and collating it! This will make the Looe hub self-sufficient whilst at the same time maintaining a link with the core CSGRT team. 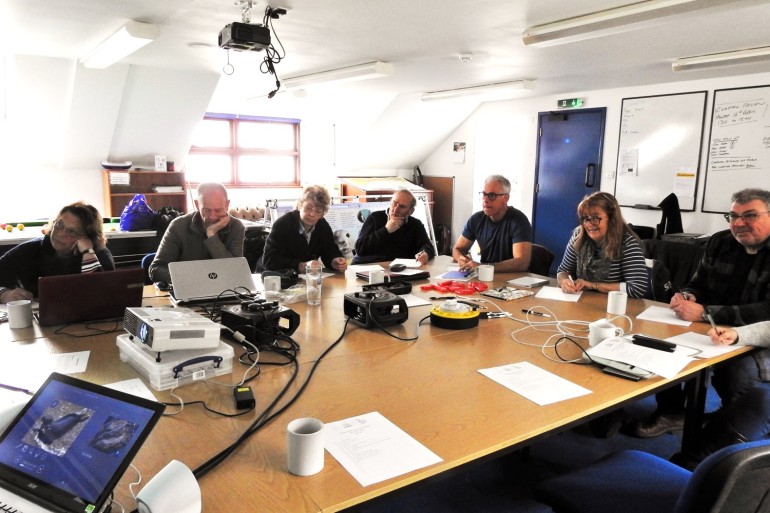