CSGRT volunteers were not surprised, but were still shocked by the findings of a recent paper by Sarah Nelms from our local University (the University of Exeter’s Penryn campus) on microplastics in seals. To cut a long story short, Sarah found half of her seals scat (poo) samples and a third of fish analysed contained microplastics. This confirms that microplastics can be transferred across trophic levels from fish to seals through ingestion.

Early on in her project, Sarah consulted CSGRT about the challenges of collecting wild seal scat samples in Cornwall where seals are easily spooked on highly tidal haul outs. So Sarah used samples from captive animals at the Cornish Seal Sanctuary and found tiny fibres and fragments averaging 2mm long in fish and 1.5mm long in seals. 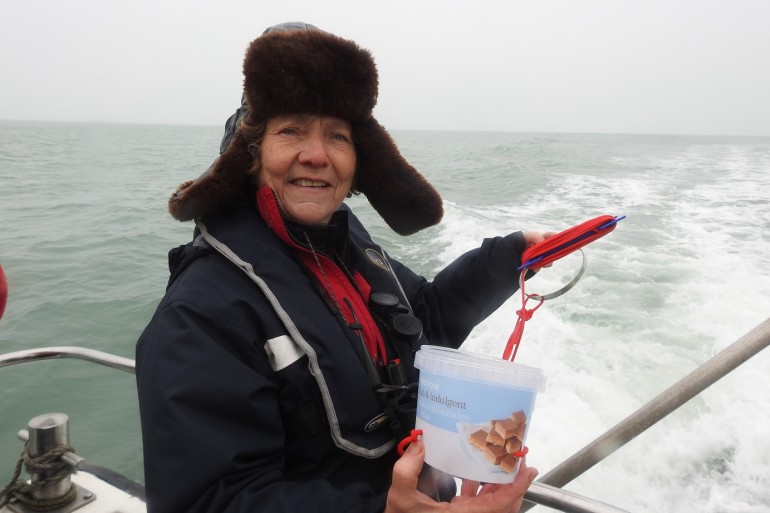 Around the same time, Tina Robinson from Polzeath Marine Group suggested we try microplastic sampling as part of the quarterly CSGRT marine life and human impact boat surveys with Newquay Sea Safaris along a 115km stretch of Cornwall’s north coast. This was such a brilliant idea we said ‘yes’ straight away.

Tina made us two prototype sampling units called ‘babylegs’ https://civiclaboratory.nl/2015/05/31/babylegs/ and despite being home made, they did an awesome job!

During our January POLPIP boat survey we trialled Tina’s ‘babylegs’ kit by trawling a small water column for just 10 minutes. And guess what? We found pieces of microplastics!

Massive thanks to Tina Robinson for getting the kit together to make us two sets of ‘babylegs’ and to Annabelle and Chris Lowe for helping us to do our micoplastics trials! 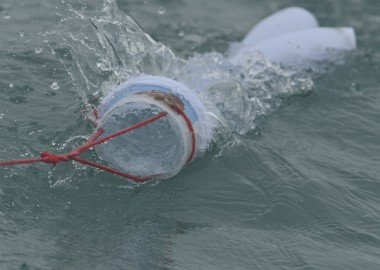 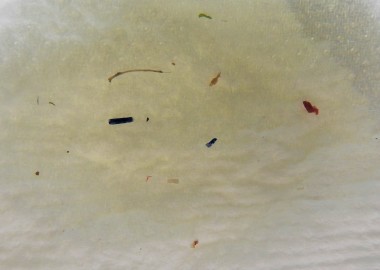