In the first week of 2018 we had an exciting visit from the lovely and very talented Zillah Robertson. She travelled all the way from south east Cornwall to us to bring an amazing piece of artwork that she had made specially for us!

The extraordinary panel featuring a diving seal is made entirely out of ghost gear that she collected from beaches near her. This powerful educational tool will be coming on our roadshow tour to all the exciting events we are taking part in this year.

We can’t thank Zillah enough for sharing her inspiring artwork with us. We hope that you all come to see it for yourselves on one of our stalls this spring/summer.

Until then, do take a look at more of Zillah’s incredibly beautiful art on her ‘Zillah art’ page hosted by the Fathoms Free website https://fathomsfree.org/zillah-art/ 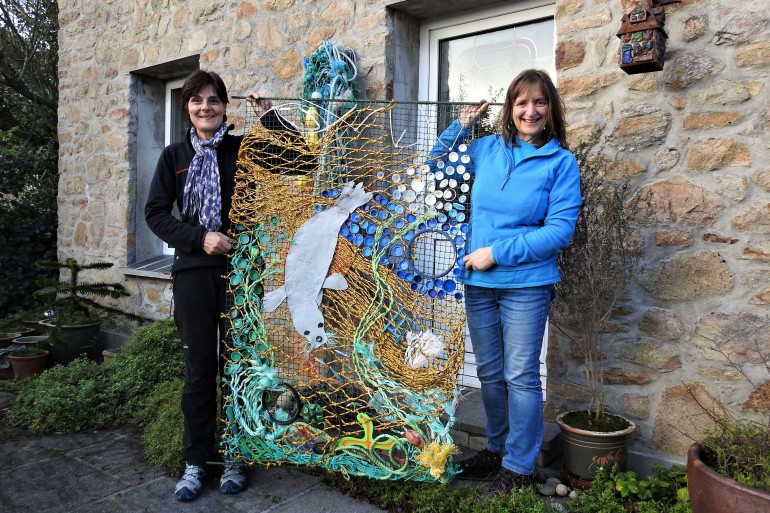 A few words from Zillah

It was in 2013 that I began my journey of discovery with marine litter. I started to really notice it on my local beaches and wanted to try and do something about it.

I became a volunteer with Cornish Marine Conservation groups; Rame Peninsula Beach Care and diving group Fathoms Free. I started to learn about plastic pollution, where it came from and the hazards it was causing to our marine wildlife and habitat. I enjoyed taking lots of photos of the litter I was finding; the ones of fishing debris were sent to Sue Sayer at the Cornwall Seal Group Research Trust who was collecting data on lost fishing gear and entanglement with seals.

After a time, I felt inspired to create some art work from some of the marine litter we were collecting. It started off as a bit of fun! But from the positive feedback I received, I soon realised it was a good way of spreading awareness of the problems of marine litter.

Fathoms Free supported me by creating a page on their website, ‘Zillah art’. I try to use identifiable pieces of litter that are very much a hazard to wildlife and can cause entanglement such as netting, plastic rings, lures. Also some of many plastics that can be ingested and are commonly found, such as bottle tops and shotgun cartridges.

I enjoyed art at school and drew quite a lot in my younger years but didn’t study it when I left. I worked with animals for 20 years as a veterinary nurse / receptionist and at a police dog kennels and then up to the present as a support worker.

My respect for the natural world and passion for the sea, spurs me on to do what I can to help rid our marine environment of discarded plastic and litter. As the quote says: “Nobody can do everything but everyone can do something”.

I hope my artwork will inspire you to want to help protect our precious oceans and planet in general but also to up-cycle and get creative yourself! 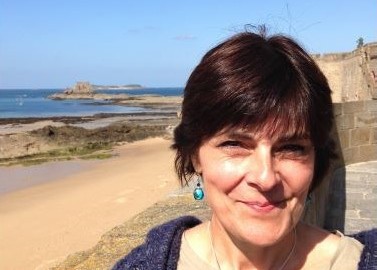