This week we were delighted to spend a few short days over in the beautiful Isles of Scilly with the Wildlife Trust (IoSWT) team sharing expertise on grey seal photo ID. As every seal has its own different fur pattern, so each animal can be recognised individually for life. For us ‘every seal counts’. 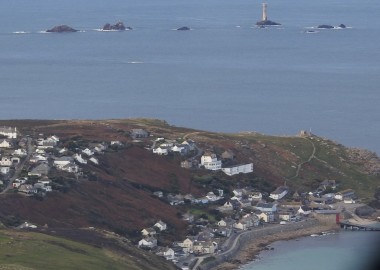 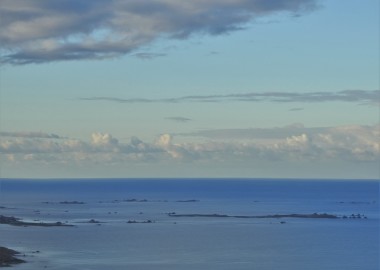 Cornwall Seal Group Research Trust (CSGRT) Rangers Sue, Marion and Kate spent two intensive days training with IoSWT staff Nikki, Darren, Phil, Rhianna and Vicky. (Marion, our Amazement and Discovery Ranger, has been generously funded by the Postcode Local Trust supported by the People’s Postcode Lottery.) We covered survey protocols, recording, photographing as well as hands on data processing. It was an honour for CSGRT to finally meet Sarah and the awesome IoSWT team as we have corresponded via email for so long! 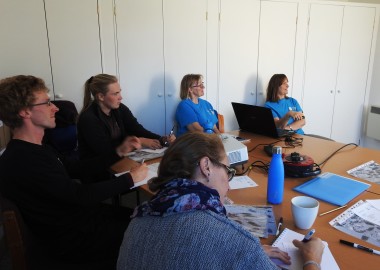 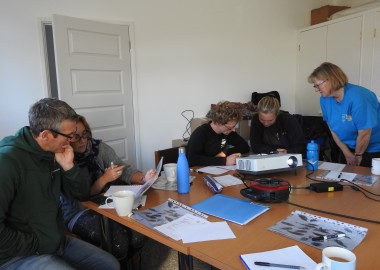 Matching seal fur patterns is child’s play but the systematic study of patterns at varying angles in changing conditions can be very challenging. To enable independent retrospective verification of each seal’s identification’ rigorous protocols need to be systematically followed . 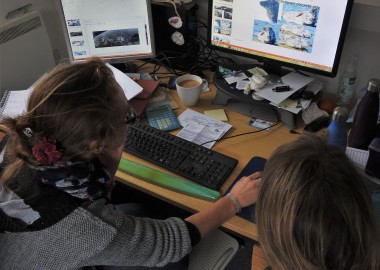 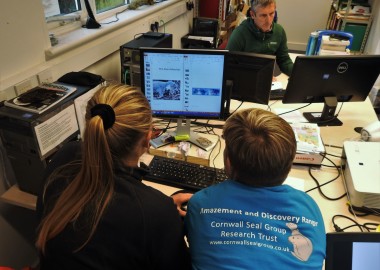 Seal photo ID is one of the most powerful yet non invasive scientific research methods, as it reveals information on movements, site fidelity, fecundity, mortality as well as life expectancy.

Clearly there is much to be gained by formalising seal photo ID in Scilly, a Special Area of Conservation for seals and CSGRT are keen for the IoSWT team to build upon the opportunistic foundations begun during CSGRT survey work conducted between 2008 and 2016 across the islands. To date around 50 seals have linked the Isles of Scilly to Cornwall and Devon in England, as well as to southwest Wales and northwest France each with a different visit pattern. 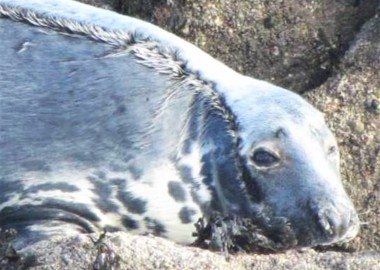 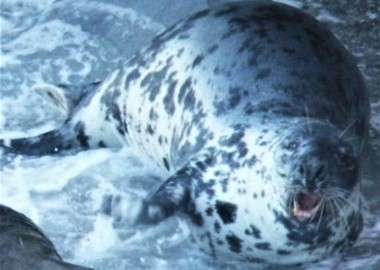 Already the islands have their own seal celebrities: ‘Snowdrop’ is one of only three seals known to have pupped in Wales and England; young adult male ‘Tick’ was first seen in Scilly but he routinely commutes from the north to south Cornish coast around Lands End; ‘Back r’ commutes to North Cornwall and back to Scilly, whilst Triangle Lobster (first identified in the IoS) visited France before pupping on the Lizard the following year. These celebrities will help us all to create shared resources to enable people of all ages to discover the amazing secrets of our charismatic seals. 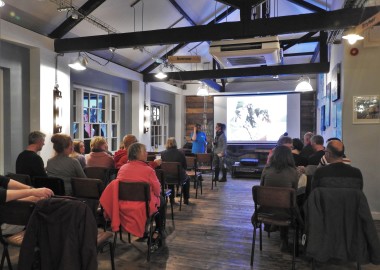 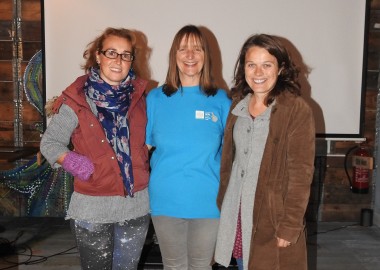 Huge thanks to the IoSWT team for your obvious enthusiasm for seals and photo ID. The island welcome was second to none with a great turnout for CSGRT’s ‘All at Sea’ talk at ‘On the Quay’ courtesy of Philip and Sheryl. We look forward to building upon this working partnership between our teams for the ultimate benefit of all our Celtic Sea seals.

To support our team, please click donate on one of  CSGRT’s facebook page  posts or visit our Just Giving page. Thank you!