Seals never cease to surprise us with their behaviour and this year has been no exception!

In 2019, we have had seals from a huge area visiting Cornwall arriving from all directions!

On 25th March on one routine survey at a single haul out site in West Cornwall we photographed seals visiting us who have previously been identified in four counties (Cornwall, Devon, Dorset and Somerset) and four nations (England, France, Wales and Ireland).  This was the first day that we knowingly had a seal from Ireland…a beautiful rehabbed juvenile male grey seal from Seal Rescue Ireland 200km away. 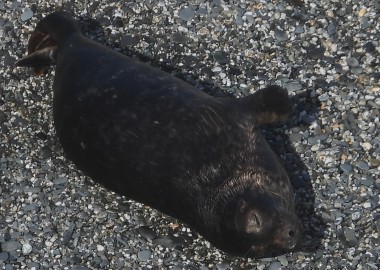 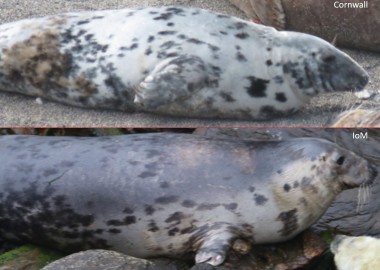 Later in the year, we had a mind-blowing discovery from grey seal photos that were sent to us by Lara Howe of the Manx Wildlife Trust. Isle of Man (IOM) seal number 079 turned out to be a seal we have known in Cornwall since 2001! Amazingly this adult female (known as ‘Tulip belle’ to us) has commuted between Cornwall and the IOM multiple times as she has had four pups 450km+ away from us on Manx territory!

Just recently, the lone kayaker, Rupert Kirkwood, sent us photos of a common seal hauled out in the River Fowey. A seal with an unfamiliar tag meant some detective work was required with various rehab organisations. Fortunately, the Seal Rescue ‘WhatsApp’ group came up trumps and within minutes the seal had been identified as Micky! Incredibly this young male seal had only been released in Holland on 03/10/19 and by 05/11/19 had swum to Cornwall, 660km away! 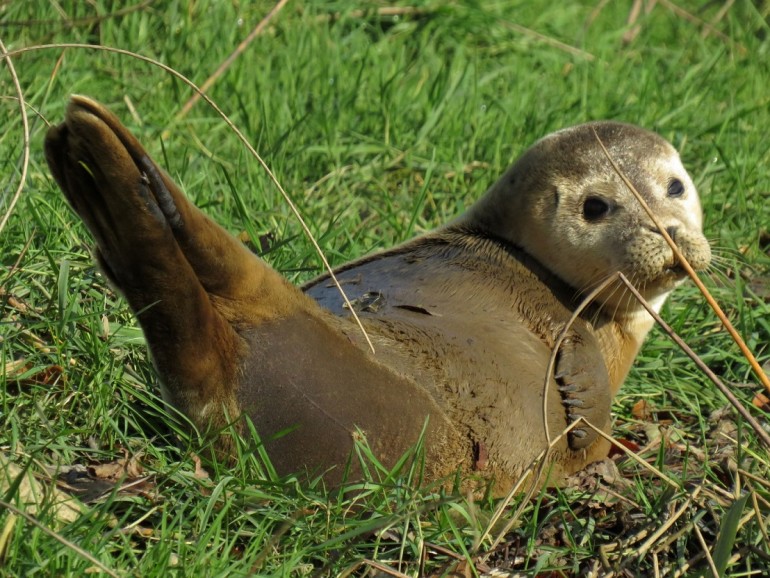 So, if you spot a sleeping seal, please admire from a distance. It could have just arrived after a very long journey, so leave it to sleep peacefully!

Who knew seals in Cornwall are so well traveled!

Thank you to the People’s Postcode Lottery Postcode Local Trust for funding our Amazement and Discovery Ranger who coordinates our Photo ID Hubs.

Need a gift or a treat? Thank you for supporting our work by visiting our online shop!