Following the success of our 100th systematic seal survey for a project spanning 11 years around Looe Island by Cornwall Seal Group Research Trust, Looe Marine Conservation Group and Cornwall Wildlife Trust, Countryfile came to town to film our partnership work along with other local features, including the wonderful Ellie Jackson following up by talking about marine plastics.

The day began with Dave Butters, our regular boatman, picking us up and enabling the filming several takes of us embarking and leaving the harbour. 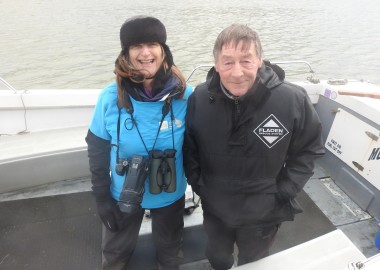 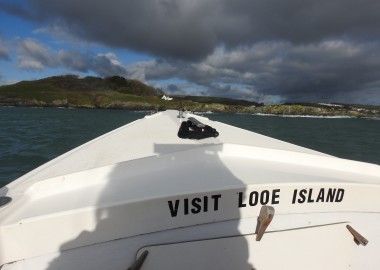 As soon as we motored down stream we could see the impact of the overnight rainstorms, which had washed huge amounts of sediment into the river making it run red. Looe Island still looked supremely beautiful in the early morning and the film crew got straight to work. We had all been organised by BBC Countryfile’s Ben and Amy who prepped presenter Margarita with the storyboard content for the interview. Steve set about filming it along with Pete the sound recorder. 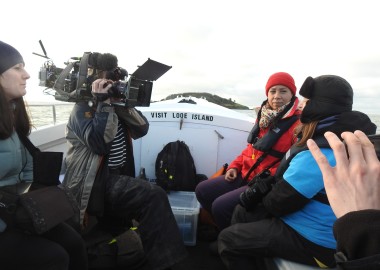 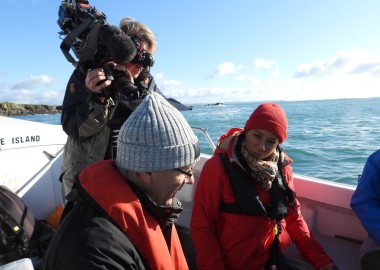 First up for filming about the project overview, its aims and outcomes was Sue followed by Martin (Looe Island Seal Photo ID: LISPIP coordinator) who demonstrated our method of photo ID using a pre-prepared challenge for Margarita. All the time we were hoping for a glimpse of a seal, something that is a relatively rare sight in the winter months! 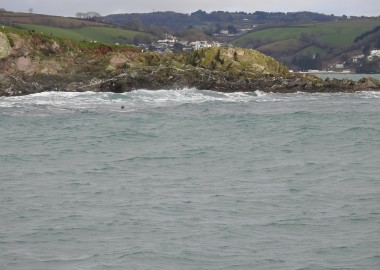 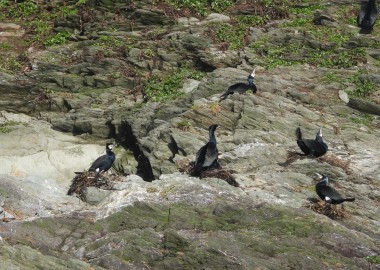 Needless to say our seals did not let us down with a brief glimpse of a distant juvenile that satisfied us all, along with early nesters – the cormorants, displaying well in the sunshine! 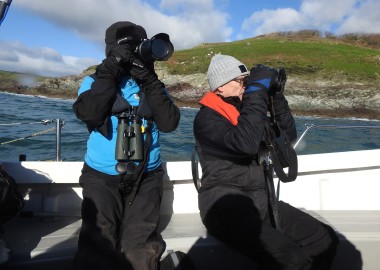 Sue and Martin were delighted to see Claire (Looe Island Assistant Warden) doing some seal spotting of her own!

As project coordinator, Martin has been involved with the project from the start and he organises our monthly surveys with volunteers and writes the reports summarising our all important findings. Claire records seals most days of the year and was also a project founder in 2009. So it was great we are all still participating in the project 11 years on!

Soon it was all over and we began to make our way back to shore. Eagle eyed Dave Butters, spotted a seal off the rocks as we headed in and we managed to snap a few photos of her, our best sighting of a seal on the trip! We were jubilant, especially as we could recognise her straight away as LF80 Brittany!

Brittany posed for photos on both sites (Red bordered photos are from our ID catalogue to match to the ones we took that day!) We were all chuffed to bits and felt our work was done! Thank you Brittany and thank you to Alec, Enid and Terry for photographing her originally at Lizard South! 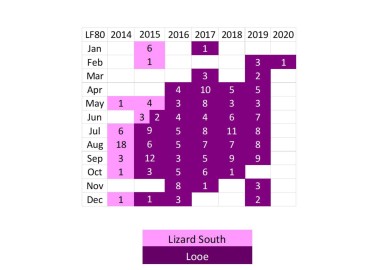 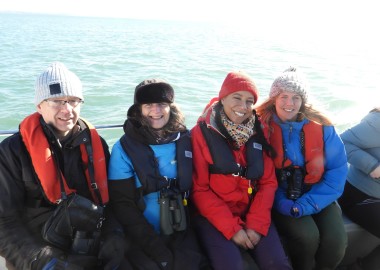 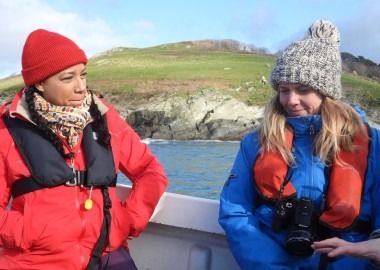 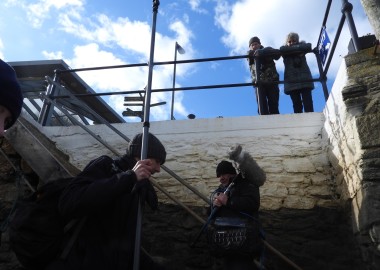 It was so great to have Abby Crosby on board (Cornwall Wildlife Trust’s Marine Office) as it was Abby who set up that very first meeting with Sue and Claire where the plan for monthly seal and bird surveys was first hatched. Looe Marine Conservation Group volunteers Christine and Derek Spooner who were also on that very first 2009 survey and who are still key Looe seal Photo ID Hub survey members met us as we arrived back onshore. It is incredible and rewarding that so many of the original participants from that first systematic survey in 2009 are still involved with the project. We are indebted to them all!

Many thanks to Countryfile for considering us worthy of coverage and for featuring our amazing, globally rare, UK speciality species – the Atlantic grey seal!

CSGRT have just released the news that one of Looe Island usually regular seal visitors (the iconic ‘Lucille’) was photographed east along the coast in Brixham, South Devon. This shows the importance of all our local marine groups working alongside CSGRT’s own seal site specific photo ID Hubs to build up the bigger picture of what our seals are doing around our shores. It’s wonderful to see her for the first time in Brixham as her visit adds to the growing body of evidence about the transient nature of grey seals who are moving through our waters. This is the first confirmed sighting outside of Cornwall for Lucille, who has swum around at least 200 miles of the southwest coastline. Collaboration with other organisations is essential for effective conservation action. 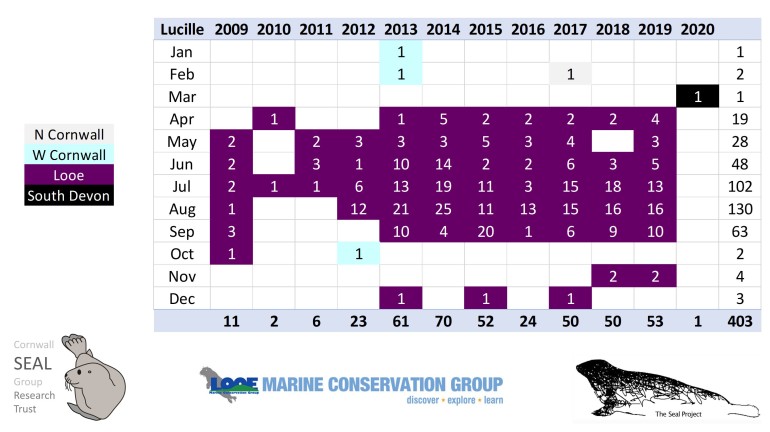 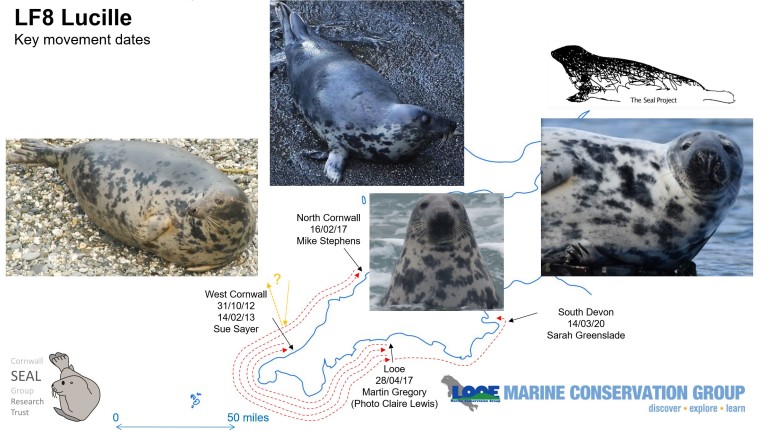 Photos of Lucille on her travels around a 200 mile stretch of the southwest coast.

Well done and thank you to Sarah Greenslade and the Torbay Seal Project for making this identification possible! May she return to Looe soon!

Huge thanks as well to the funding bodies who make this joined up network possible – the Peoples’ Postcode Lottery Postcode Local Trust and National Lottery Heritage Fund. Without this support CSGRT would not have rangers to coordinate this important work. So thank you to all Lottery players … you have made a difference to the positive conservation of our grey seals!