My name is Septimus (#SeptimusSomeSeal) and I am an adult male grey seal – technically a dead grey seal skeleton! Amid Coronavirus lockdown easing, I was asked to appear on National TV on my favourite programme of all time – Springwatch! After sorting out some logistical issues, my chaperone (Cornwall Seal Group Research Trust’s Director Sue Sayer) agreed to drive me up to the Cornwall Beaver Project at Woodland Valley Farm in Ladock. I have never seen any beavers in all my time at sea, so I was excited to meet these amazing ecosystem engineers that help to keep my beautiful oceans clean and silt free.

On arrival I was greeted by Vanessa, who made me and Sue feel very welcome….she even gave Sue lunch. The studio was in the middle of a field next to the beaver enclosure and I was a bit gobsmacked to find a special shelter had been bought and put up to keep me safe and dry. Scott and Josh (the camera crew) helped Sue set me up on pallets (to keep my old bones dry) and helped me onto the top of my travel boxes. 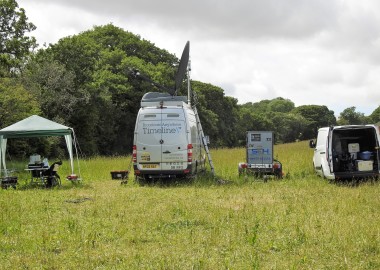 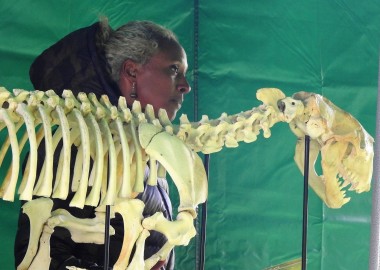 The next bit was super exciting, as Scott and Josh set up a clever array of lights to show all my best features. The lights also kept me warm, as it was a chilly Cornish June day, especially for a blubber-free seal! Then I saw her – the wonderful Gillian Burke who had been so lovely when she first heard my life story. I’d met her at my private launch at County Hall in Truro, but despite her making a film about my life, I didn’t actually get to see her during the filming! I was some proud to see her again, as she is such a fabulous ambassador for all animals and their habitats and she looked great! 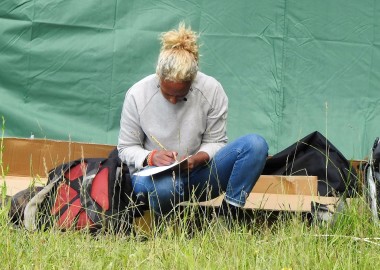 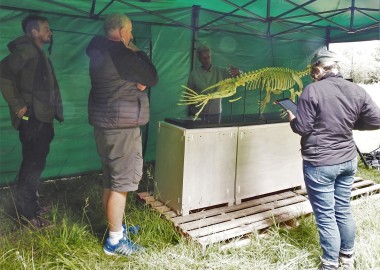 Gillian takes her job very seriously and was soon writing notes, asking Sue questions about me and rehearsing her lines before practising in front of the camera. At this point Sue left me to join Jonny and Paul (the all important engineers) to see what they get up to in the production van. This beams the show up to satellites and then over to Ealing where they pull the programme elements together. Sue came back with tales of intermittent hissing, fibreoptic cable issues and everyone trying to resolve the problems. We celebrities don’t have to worry about all that stuff, so I left them to it! To add to their troubles, it started to pour with rain and waterproof covers and coats went on. Typically, just before we went live, the sun came out giving the camera crew all sorts of exposure challenges, so there was more frantic rearranging and onto plan B for the filming schedule! I had no idea that filming a live TV show would be so incredibly complicated. 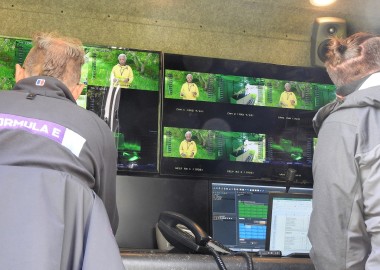 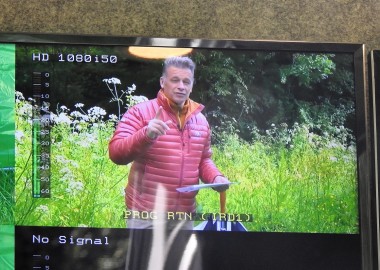 Time flew and before I knew it, the lights came on and it ‘camera / action!’ The film Gillian had made at one of my favourite haul outs in Cornwall was shown and then she played Sue’s film showing how my mate ‘3 scars’ (also an adult male seal) likes to go into the sea – slowly so all his sensitive bits get time to acclimatise to the cold water. But I was in for a big shock, as I have never seen the footage from my Aunty Sal in Northumberland showing my fellow seals being scared witless and stampeding across rocks to tombstone into the sea. Then I had a flashback! I remembered when that had happened to me and as I focussed back on the here and now I discovered Gillian was telling everyone that is how I had very badly and painfully broken two of my ribs. This was something that I have struggled with ever since…they always hurt – each time I dived or hauled onto land, my ribs grated, and pain shot through my body. It all makes sense to me now! 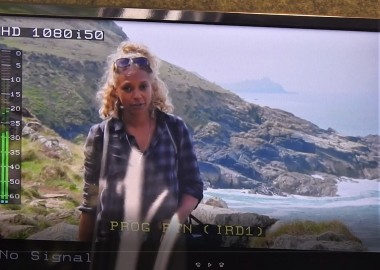 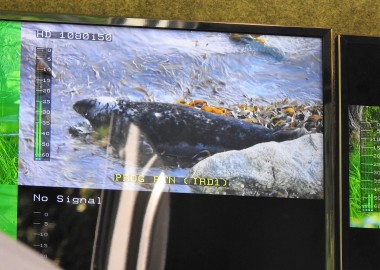 I had one more highlight before I was put back in my carrying cases. Chris Jones, Cornwall’s beaver man/legend came to visit to talk to Sue about how I am similar and different to a beaver! It was fascinating! To be honest, I was really glad to return home after a very long day back in the field. I hope to have helped in some small way, to show that we seals suffer too and without access to GPs surgery or painkillers, the impacts we suffer and the injuries that result affect us cumulatively and forever. 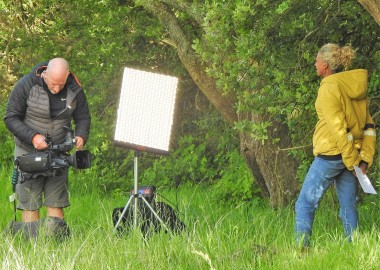 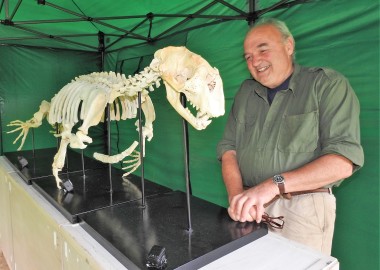 Huge thanks to Bruce, Vanessa, Gillian, Scott, Josh, Jonny, Paul and Ben for helping me to share my story and to Sue for helping immortalise me! I am never going to forget the global pandemic lockdown, but for me it will bring happy memories of the time when the coastline became a disturbance free zone and I got to experience live TV for the first time ever! Apparently I had an audience of 2 million that night!

It has been an exciting time for my friends at CSGRT. They have their 20th birthday online conference starting on 27th June with new talks released daily for a week. I get to feature in at least two of them – one by Sue and Rob (who I met when I was alive) and one by Rose and Josh (who have put me into an amazing virtual world). So check out their YouTube channel and watch these talks for free.

Thank you Springwatch for sharing my story! Thanks too to all our generous donors and funders who made my reconstruction possible!