Cornwall Seal Group Research Trust and other local marine wildlife groups would like to thank our security services for their help during the G7.

Set up to ensure mitigation was in place for marine mammal safety during G7 activity, the Marine Advisory Group has been so successful that it will now continue post G7.

Actions have included:
• Proactive marine mammal mitigation volunteer surveys at 3 sites (either side of St Ives Bay and in the Fal Estuary) supported by a briefing pack including a police permission letter
• Daily feedback from volunteers to Dan Jarvis who collated daily and reported back to the authorities on activities and marine mammal disturbance events to inform practice the next day
• A hotline for Dan to alert the security forces to the presence of whales or dolphins in the bays
• No fly zones for the security forces over seal land-based haul outs across the county
• Potential use of pingers and acoustic deterrents on the vessel restraint systems around Carbis Bay. 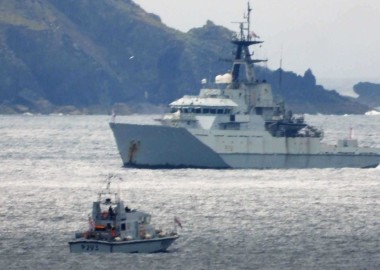 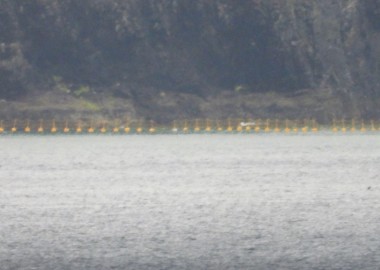 Together all our organisations involved agreed to set up a proactive marine wildlife monitoring scheme that run from Monday 7th to Monday 14th June from survey points in St Ives Bay and the Fal Estuary. Almost 50 volunteers from three organisations (CSGRT, BDMLR and Cornwall Wildlife Trust Seaquest) surveyed these areas systematically recording marine wildlife as well as any disturbance incidents that affect them. Surveys took place between 05:30 and 21:30 each day. This data has been summarised into a daily briefing by Dan Jarvis to be shared with the Police at the end of each day, so that if any issues around disturbance were identified they could be discussed and actioned with further mitigation measures wherever possible. 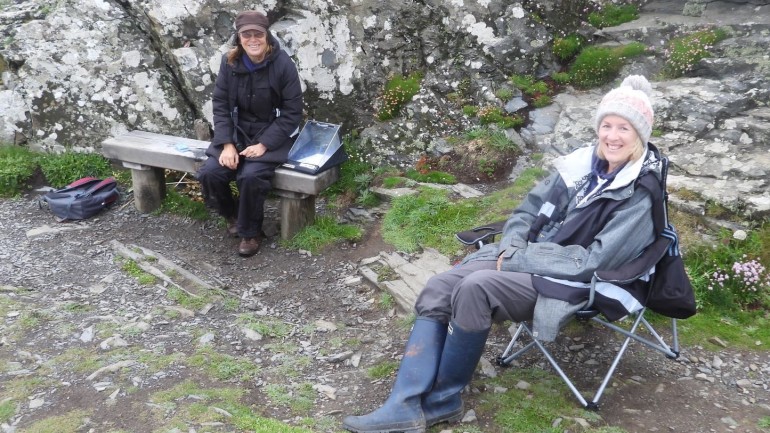 On top of this, the team are also running a real time cetacean and basking shark reporting system. If any of these mobile marine creatures enter sensitive areas then the risk of disturbance or entanglement can be minimised by informing the security network hotline immediately, so operatives know when and where to expect the marine life to be.

This was successfully tested on Saturday early evening. Right on cue, as the Red Arrows arrived in the sky, so did the Bottlenose Dolphins appear in the bay! We hope the G7 participants managed to enjoy the dolphins as well as the acrobatic air display. Dan Jarvis was straight onto the hotline and observed evasive action being taken by the Royal Naval Operatives in the bay. After the dolphins had disappeared, the vessel restraint system was checked and found to be clear. A massive relief to everyone. 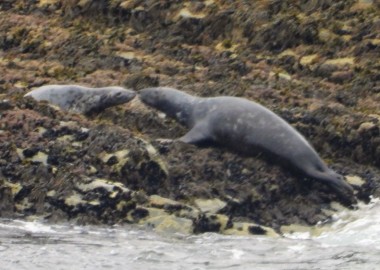 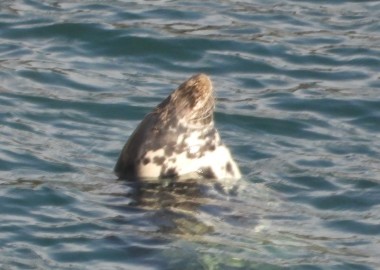 Great news. Seals were able to carry on as normal despite the G7 activity around them
Adult male hauling out and being greeted by a younger female (above) whilst the beautiful female Lacross slept through proceedings! (below)

The CMCCG group hopes that this mitigation plan can be reused for future major events in the region, and can also be shared with other Police forces nationally to help them engage with their local marine conservation organisations should there be a need to in future.

What did all the participants think?:

Abby Crosby, Marine Officer from Cornwall Wildlife Trust, commented “This has been a great opportunity to engage with and promote our best practice wildlife watching code of conduct to Operation Trelawny, the G7 security operation. We are thankful to Devon and Cornwall Police’s Rural Affairs Advisory Group for consulting with us and actively supporting efforts to mitigate and minimise potential disturbance issues for our sensitive marine wildlife in the area.
Dan Jarvis, Welfare Development and Field Support Officer from British Divers Marine Life Rescue, said “From our perspective as a marine wildlife rescue group, we have been able to put in place protocols and lines of communication with Operation Trelawny to enable access to restricted areas for our rescue teams should the worst happen and we end up with a live stranded dolphin on Carbis Bay beach for example. St Ives Bay and the Fal estuary are already both hotspots for these types of incidents, so it was critical that we would still be able to function in this situation even with the heavy security presence so that we can still take care of an animal should our team be needed.”
Julian Fry, Police Rural Affairs Office for Cornwall said “the commitment, endurance and professionalism of volunteer observers over the G7 period has been exemplary. The reporting process itself worked really well and has allowed us to feed the daily survey reports and real-time updates into the policing operation as they were produced. Thank you to you all your volunteers for their efforts and hard work.”
Katie Bellman, Research Ranger from Cornwall Seal Group Research Trust, added “It was really important to us that we did all we could to put measures in place to reduce any disturbance issues to the wildlife that lives and visits these areas. For the seals we have shared the sensitive habitats and haul out locations that they use with the Police, so that wherever they possibly can they are able to avoid coming too close to these areas and flushing them off the rocks and into the sea unnecessarily. The sheer scale of the G7 summit security operation is something we have never had to work on before, and probably never will again, so we need to do all we can to get this plan right first time.”
Sue Sayer, Director and Founder of Cornwall Seal Group Research Trust commented “from my perspective I have been super impressed with Chris Collins and Julian Fry from our Police Rural Affairs Team and by the security forces’ interest in ensuring we have all done everything we can to keep marine mammals safe in the bay during the extensive G7 activity”.

What an awesome team effort!

Special thanks to the 49 volunteers who gave up their spare time all through the day to keep a watching brief for our marine mammals and alert the rest of us when action was needed.

Huge thanks for the generous grant from DEFRA via the National Lottery Heritage Fund called the Green Recovery Challenge Fund.  This is supporting CSGRT’s Rangers in 2021 and giving us the capacity to work on strategic and visionary projects such as this. Stakeholder collaboration projects like this will help inform grassroot community based marine management planning.