We are super excited!

Back in March we had a film shoot with the ‘Off the Fence’ filming team to record our slot for their new feature ‘Underwater Underdogs’ on grey seal conservation in Cornwall with Director and film maker Ed Maddocks.

This has been a wonderful collaboration for us with our rescue and rehabilitation partners British Divers Marine Life Rescue and the Cornish Seal Sanctuary. 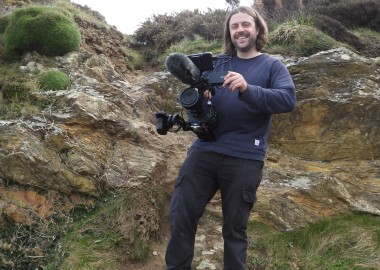 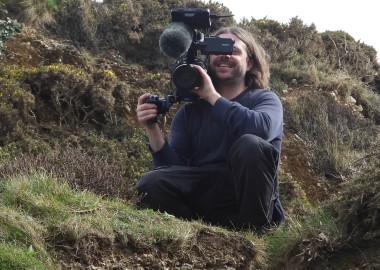 We visited a remote and dramatic location… 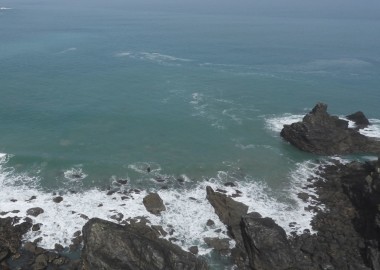 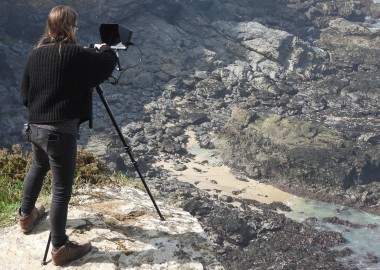 Rose Summers Media high up on a Cornish clifftop 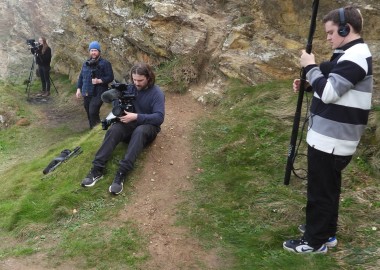 The entire ‘Off the Fence Film Crew’ Rose, Joe, Ed and Sam 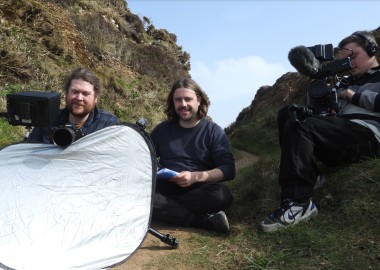 It is a good job we all got on!

Huge thanks to the whole team – Nick, Bracken, Ed, Sam, Joe and Rose for making the experience possible, enjoyable and turning everything into a wonderful film accessible for a wider audience!

Here is our Press Release about the launch of the final film:

Off The Fence, the oscar winning production company behind the hit documentary ‘My Octopus Teacher’ has been working alongside UK marine conservation charities to create a short film about one of our best-loved and most charismatic creatures – the grey seal. ‘Underwater Underdogs’ aims to shine a light on the conservation efforts being undertaken by three key organisations; the Cornwall Seal Group Research Trust (CSGRT), British Divers Marine Life Rescue, and the Cornish Seal Sanctuary, and looks into the reasons why these animals need to be protected.

Over a third of the world’s population of grey seals live in the UK’s waters, but despite this they are still outnumbered by the native red squirrel population. They face an extensive list of threats, including toxic pollution, entanglement, diminishing food sources, loss of habitat, collisions with vessels and ingestion of plastics, on top of climate change and human disturbance. Because they haul out on land, they are our most easily observed marine mammal. Seals are a sentinel species that bring back messages about the state of our oceans, allowing conservationists to gain insight into the work that needs to be done to protect our wider marine ecosystem.

CSGRT founder and director Sue Sayer said: ‘’Grey seals are our globally rare, keystone species that are the UK’s equivalent of an African elephant, and they are in desperate need of greater legal protection from disturbance. CSGRT aims to work with local communities and citizen scientists to give seals a voice and provide the evidence needed to inform marine policy and planning to better protect them.’’

Each seal has a unique fur pattern on the left and right profiles that is the equivalent of a human fingerprint. Through a regional network of volunteers working to survey and monitor them, it is now possible for local communities to identify thousands of seals, linking Cornwall to the Isle of Man, Ireland, Wales, France, Belgium and Holland. CSGRT is able to share their incredible real-life stories with a wide audience as a powerful motivational tool for personal action.

Director Edward Maddocks said: “It was an amazing privilege and pleasure to work with Sue and the rest of the team. Their dedication to seal conservation and kindness shone through. I think there are many more stories to be told about Cornwall’s wildlife heroes and its beautiful nature. Our work takes us all over the world, but it was great to find such an amazing story on our doorstep.”

The documentary is available to watch on WaterBear – a free streaming platform dedicated to the future of our planet.

WATCH HERE: Underwater Underdogs by Off the Fence on the Waterbear Platform 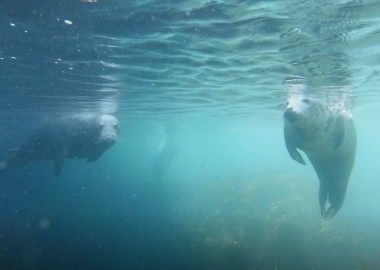 Underwater Underdogs by Off the Fence on the Waterbear Platform

Storytelling is a vital part of creating a connection between the ocean and people on land. Sea creatures are often overlooked as people do not have the opportunity to experience them as often as their terrestrial counterparts, leading to a lack of emotional connection that is required to fuel the desire to protect them.

The public can help protect seals by visiting CSGRT’s website: https://www.cornwallsealgroup.co.uk, and by signing and sharing the petition to get seals the same level of legal protection from disturbance as whales and dolphins: https://petition.parliament.uk/petitions/584224.

WaterBear is the first network of its kind: a free interactive video and digital platform dedicated to supporting the UN Sustainable Development Goals. It does this through inspirational content, cutting-edge technology that facilitates action, and through its global network of partners. It uniquely empowers the viewer to take direct instant action to support NGOs around the world and shape a better future for our fragile planet. www.waterbear.com

Cornwall Seal Group Research Trust is a multi-award winning, evidence-based UK marine conservation charity dedicated to the conservation of seals and their marine environment. They support a network of active citizen scientists who use photo ID to routinely track and monitor seals on their local patch, gathering data on their movements, population dynamics, threats and life history to inform marine policy and reveal the state of our seas, all whilst telling engaging seal life stories.