Monitoring seals around wild coastlines is always a wonderfully uplifting experience and identifying individual seals from their fur patterns is hugely rewarding for Seal Research Trust (SRT) rangers and volunteers. Knowing a seal’s life story, movements and behaviours is a real privilege. Whilst most people are interested in discovering these stories, there is one group of dedicated people who have invested heaps of time, energy and commitment into giving these seals a second chance…the rescue and rehabilitation teams – for example from British Divers Marine Life Rescue, the Cornish Seal Sanctuary (CSS) and RSPCA West Hatch Wildlife Hospital. Knowing that you can make these amazing people smile with relief and pride is fantastic after all their hard work helping seals in trouble. 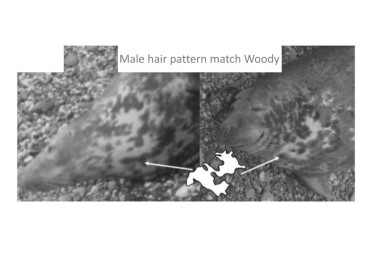 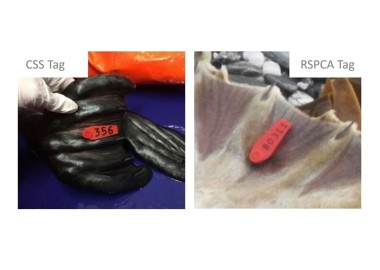 All rehabbed seals are given unique rear flipper tags

Together, we collaborate as partners, sharing our wild sightings with their rescue, rehabilitation and release data and in 2021 we finally got our shared research findings published in the Marine Mammal Science journal. Covering an incredible 19 years, our paper included sightings from around the southwest UK region. We identified a total of 391 different ex rehabilitated seals from a combination of unique fur patterns and rear flipper tags. This included 188 seals that could be traced back to specific rescue, rehab and release data. The longest surviving RSPCA seal was male called ‘Bauble’ who Sue Sayer (Director of SRT) saw being released back in 2007 and she continued to identify him 11 years later. Lewis was the longest identified CSS taggie and his 17 year post release history has seen him routinely swim between Looe in SE Cornwall and north Devon. Overall, for seals released before 2013, 35% were known to survive for 5 years or more. This is a great testament to the excellent treatment and care protocols adopted by all our rehabilitation centre staff, who go above and beyond to give these lucky seals a second chance. 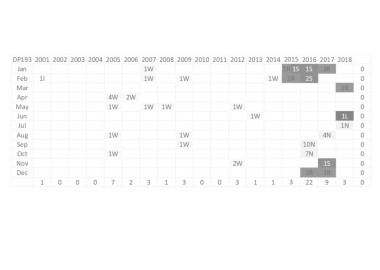 Lewis has been identified at 6 different sites 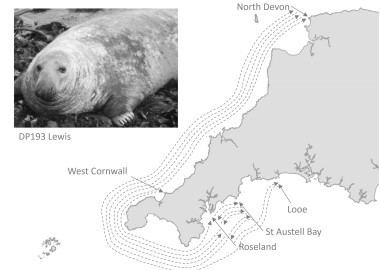 Most of the seals in rehab were male and spent an average of 113 days there with no correlation between time in rehab and length of post release sightings. Released at 15 different locations around the SW, the rehabilitated seals had a similar movement range to their wild counterparts, linking Cornwall to the Isles of Scilly and SW Wales (although not Devon and Dorset). Incredibly 94% of the seals released from 13 of the 15 sites were seen near St Ives Bay, showing the critical role this site plays in the lives of seals from around the SW. There was no significant association between release site and the location of subsequent resightings.
Despite the incredible experiences these resilient rehabbed seals have survived, it is a sad fact that once back in the wild, they face the same cumulative threats as their wild counterparts. To read our paper, please click here.

Huge thanks to all our CSGRT/SRT volunteers who monitor, survey, photograph and ID wild seals and all our friends in the rescue (BDMLR) and rehab teams (CSS and RSPCA). We massively appreciate all the efforts that the land owners and managers of sensitive seal sites put into protecting our precious seals and mitigating the impacts we have on them.
Seals are very lucky to have you all supporting their conservation efforts!