Ellis is a common (or harbour) seal, and contrary to their name, common seals are very uncommon around the coast of Cornwall.

Ellis was first seen in October 2009 by Claire Lewis, a warden on Looe Island Nature Reserve. It is hard to tell the sex of common seals and at first, Ellis was thought to be a female – named Elisa.

Atlantic grey seals are seen around the Roseland peninsula too, and Ellis is often seen near but not amongst them. Grey seals are larger than common seals, with a flatter head shape, and larger, bolder markings for females and often very few markings on males.

For his first recorded years, Ellis appeared to be fine, seen below with the typical dotty / ringed pattern all over his fur. You can compare how he looks to a female and male grey seal below.

7th Dec 2014. Left: Ellis as we saw him for the first time in six years : A female (above) Atlantic Grey seal and a male (below)

However, in February 2016 Ellis was seen to have an injury on his back. He had a deep cut across his back through his skin and blubber. In other respects he looked and behaved OK, and no bleeding was seen. Perhaps he had been struck by a boat? 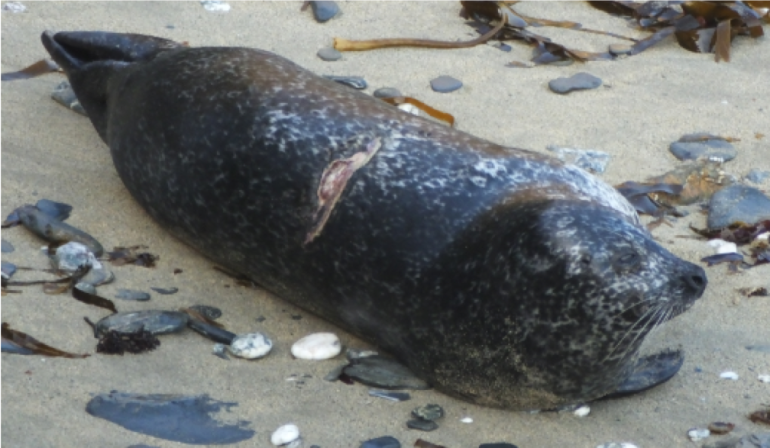 Since 2016, the weal and injury have healed a little. Seals have a special adaptation which helps skin injuries to seal up quickly, but the final photograph from late January 2019 shows that over two years later, the wounds are still there.

Ellis has been seen in every month of the year, but more so in the winter than the summer. His behaviour had also changed – his summer sightings had decreased and he had not been seen at all from March to July in 2018. He then reappeared and popped into the Fal Estuary for a rest! Where had he been?

Many of our seals go missing, sometimes for years, but the red marks on Ellis’ back make him an easy seal to recognise. Because of this we would like people to look out for him!

If you do spot him, please email [email protected] 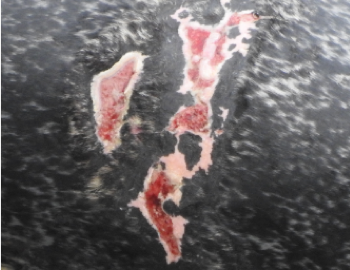 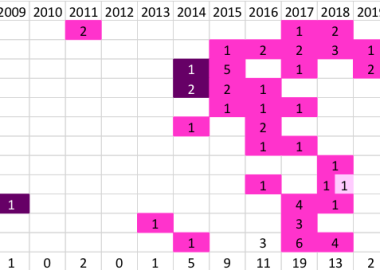 PLEASE HELP US TO KEEP AN EYE OUT FOR ELLIS.

Feel free to download and display this poster about Ellis to help his story get out there… THANK YOU!